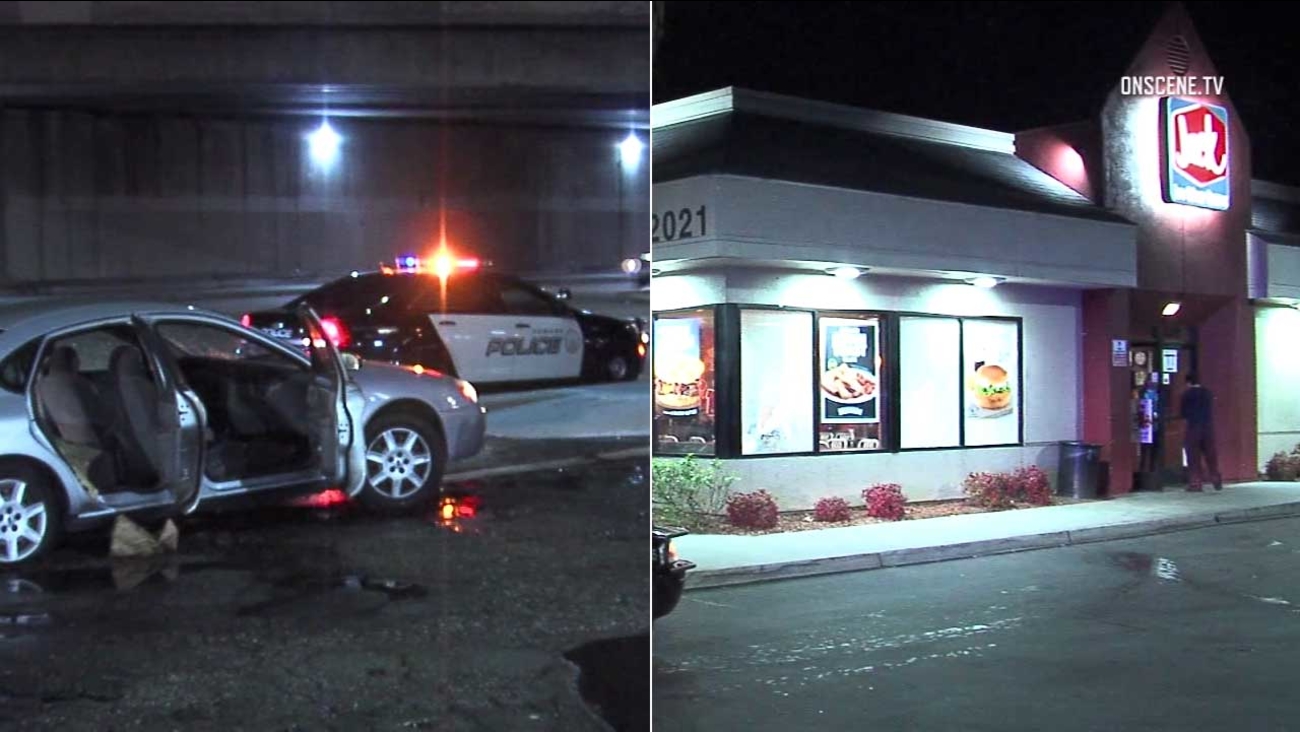 A shooting broke out in the parking lot of a Jack in the Box in Pomona on Wednesday, March 1, 2017.

POMONA, Calif. (KABC) -- A 19-year-old man was hospitalized after a group of men opened fire at a Jack in the Box parking lot in Pomona, police said.

The shooting occurred around 9 p.m. Wednesday outside the fast food restaurant at 2021 N. Towne Avenue.

Pomona police said area resident Mariyon O'Brian and his friends were sitting in a Ford Taurus in the parking lot when men in two cars -- a silver or white Monte Carlo and a gold Pontiac -- drove up and began shooting.

O'Brian and his friends attempted to drive away but slammed into a fire hydrant. They then ditched the car and fled on foot.

A short time later, a local hospital advised police that an individual came in with a gunshot wound. The victim, identified by police as O'Brian, was treated for a non-life-threatening injury and was listed in stable condition.

Investigators said two other victims returned to the scene and provided statements.

Police determined the motive of the shooting to be gang related.

Stray bullets shattered windows at the restaurant, but no patrons were injured.