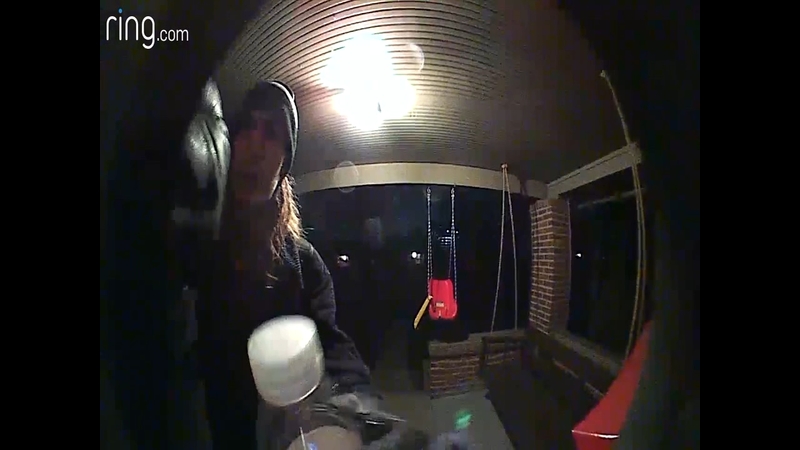 DENVER (KABC) -- Video doorbells have caught several porch pirates in the act of swiping packages, but now some thieves are stealing the doorbells themselves.

A suspect in Denver caught on video taking one managed to pry it off in about 15 seconds at 4 a.m. when the family inside was sleeping.

It appeared the suspect didn't care he was being captured on camera.

"It's bold. He knew that he was going to be on film and he didn't care," Adrienne Bursey said.

She said the same person in the video hit several homes in her neighborhood.

The thief wasn't after packages, just the Ring video doorbells.

"And when we went and looked back at the footage, we saw him taking it in a matter of about 15 seconds," Bursey said.

The video stops when the camera is disconnected. Bursey woke up to the doorbell missing. The video shows it happened at 4 a.m. when her family was sleeping.

"We bought it for safety," Bursey said.

The popular devices are now a target.

In Denver, police said they have taken 20 reports of stolen doorbells this year.

"Honestly, the Ring doorbell, it's phenomenal, but it's actually like the first layer of security," Joel Burrell, owner of Your Security Man, said.

Burrell has one for his home, but he said some people think the doorbell camera is all they need.