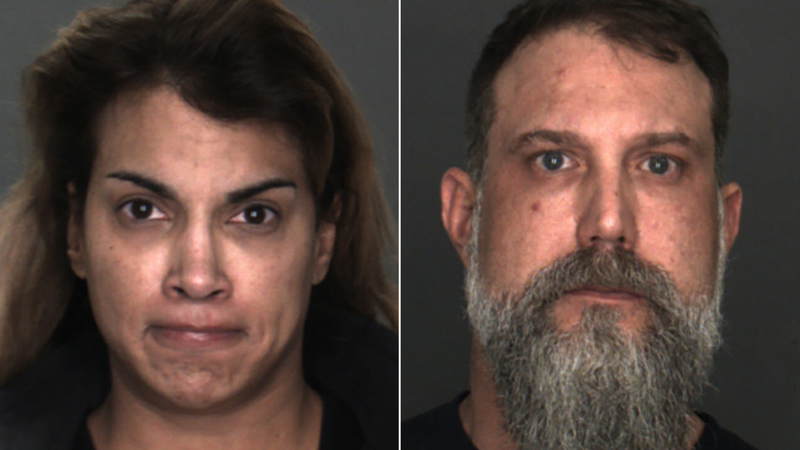 The defendants were identified as Rancho Cucamonga residents Melinda Smith, 35, and Jason Whitney, 43.

The investigation began Jan. 31 when deputies "were notified of sexual acts against a minor female victim" which occurred in Rancho Cucamonga, authorities said in a statement. According to the news release, sheriff's detectives interviewed the victim and "learned she was sexually abused several times" by Smith and Whitney.

The alleged crimes include inappropriate touching, oral copulation and digital penetration, which occurred over four months.

A search warrant was served Friday at the suspects' home, where investigators said they found "a large amount of evidence corroborating the victim's statement," as well as methamphetamine and two loaded handguns.

Detectives discovered that Smith and Whitney had set up their bedroom to film and record pornographic videos and web shows, the statement said.

Both were being held without bail and are scheduled to be arraigned Wednesday in Superior Court.