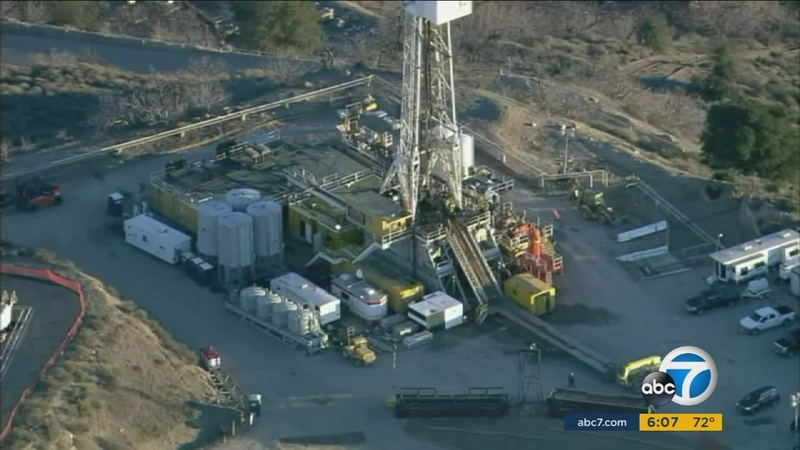 PORTER RANCH, LOS ANGELES (KABC) -- Several Porter Ranch residents are living in limbo as some who have returned to their homes after the gas leak said they're getting sick again.

The Environmental Protection Agency along with UCLA and local public health teams joined forces to unravel a medical mystery.

Though the gas leak at Southern California Gas Company's Aliso Canyon facility has been capped and outdoor benzene levels are reportedly back to normal, reports of illness persist.

New indoor testing that will include swiping of surfaces will begin Friday.

"We will be looking in 100 homes in the target zone where the highest number of complaints have been received," said Angelo Bellomo, the Deputy Director for Health Protection for the Los Angeles County Department of Public Health.

Officials said it could take up to two weeks to obtain results and several more days to interpret them.

Lawyers with Los Angeles County will again go to court to extend the period of time SoCal Gas has to pay for residents' temporary lodging.

"How is it even possible that the gas company would even allow people to go back, let alone say they have to go back," R. Rex Parris, an attorney representing some Porter Ranch residents, said.

Chris Gilbride, a SoCal Gas spokesperson, released the following statement, "Thousands of air samples for benzene and other compounds have been independently collected and analyzed and found to be at or near levels seen in the rest of the county, and below levels of concern."

"The residents have a right to know that when they return home they are returning to a home that is safe," said Kathryn Barger, Chief Deputy for Supervisor Michael Antonovich, whose district includes Porter Ranch.

In the latest survey of 210 homes, 60 percent of residents reported health problems. Public Health officials suspect some form of tiny particles are still circulating in homes and there is one element though they are ready to rule out.

"We do not believe benzene would cause these short term symptoms," Bellomo explained.

In the hunt for answers, legislators have called on President Barack Obama to authorize a federal task force to address the largest methane gas leak in U.S. history.