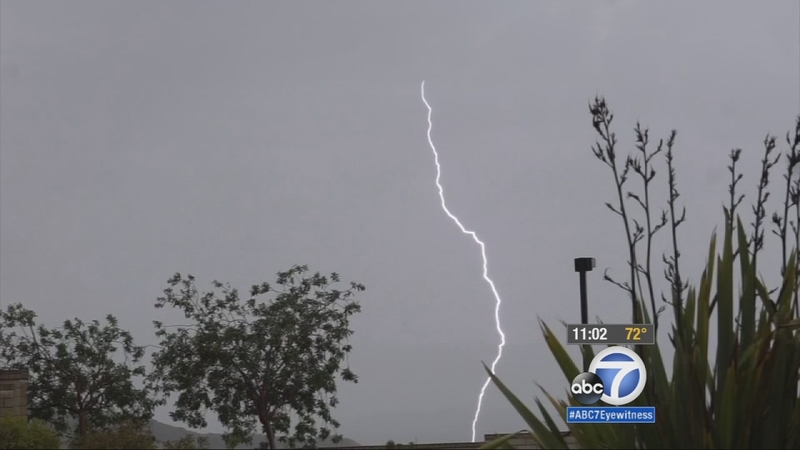 LOS ANGELES (KABC) -- Lightning and severe thunderstorms left thousands without power and temporarily shut down beaches across the Southland on Saturday.

By about 11 p.m., about 4,700 Los Angeles Department of Water and Power customers and 14,500 Southern California Edison customers remained without power.

Crews were working to restore the power in the affected areas, but it could take several hours.

Beaches across the Southland, including those in Ventura, Los Angeles and Orange counties, were temporarily shut down due to threats of lightning strikes. Dangerous surf and rip currents were also reported.