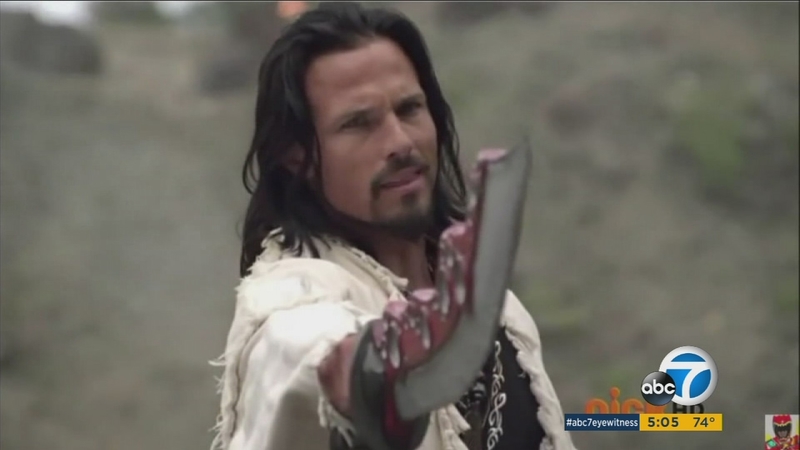 LOS ANGELES (KABC) -- The father of the former "Power Ranger" actor accused of murdering his roommate says the district attorney's office is guilty of several wrongdoings in his son's case.

"This district attorney has the obligation to do the right thing," said Bob Naranjo.

Naranjo's son, former "Power Ranger" actor Ricardo Medina, remains locked up eight months after he was re-arrested on a murder charge in the 2015 stabbing death of Joshua Sutter.

"You go into court expecting justice...that people are going to follow the law, play by the rules, and that's not what's going on," said Allen Bell, Medina's attorney.

MORE: Ex-'Power Ranger' released from jail after no charges fildd

Bell spoke to Eyewitness News after filing a formal complaint with District Attorney Jackie Lacey against the deputy district attorney on the case, Tannaz Mokayef.

Bell is accusing Mokayef of dishonesty and providing false information to the court during a bail hearing earlier this year.

"Attributing statements to Mr. Sutter on a 911 tape that never occurred, that were completely fabricated, they aren't on the tape," Bell described.

However, Bell says he's still waiting for a response.

As for the allegations that his client stabbed Sutter 10 times with a sword last January at their Green Valley area home, Bell says Sutter was stabbed only one time.

He says some of the other wounds found on Sutter's arms and hands were actually dog bites. Bell pointed to a photo Sutter posted to Facebook two weeks before the stabbing incident as proof.

Bell says some the marks were mistaken as stab wounds in the autopsy report.

Naranjo believes all of this resulted in his son's million dollar bail not being reduced and even being charged in the first place.

"We're confident and we have faith and we feed off each other, he's very strong," Naranjo said.

Eyewitness News contacted the Los Angeles County District Attorney's Office for a comment on these formal complaints. They responded, saying the defense can make any claims, motions or arguments about the admissibility of the evidence before the court.

Medina's arraignment has been postponed several times throughout the year. His next court appearance is Sept. 30. On that day, Bell plans to enter a plea of not guilty to move forward with the case.