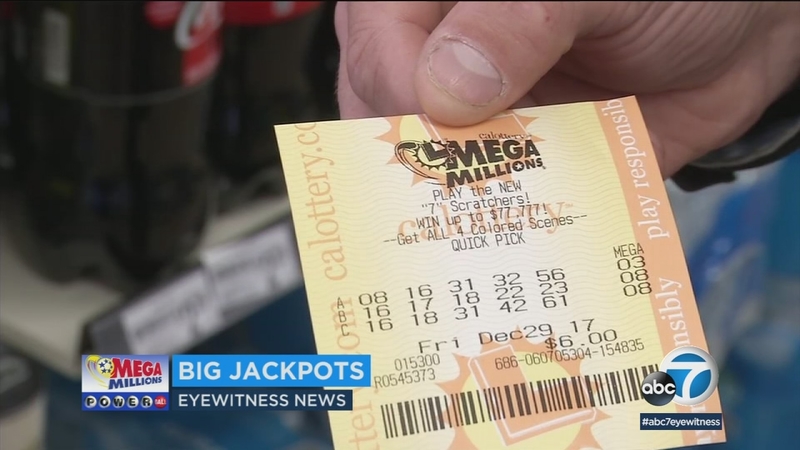 LOS ANGELES (KABC) -- Nobody won Tuesday night's Mega Millions, meaning the jackpot is growing to at least $418 million for the next drawing.

This week's represent only the second time that two different games offered in California have jackpots that topped $300 million - soon to be $400 million - at the same time.

The Powerball drawing Wednesday night is offering $440 million, or about $278 million if the winner selects the a one-time cash payout option.

Both games are offering their biggest jackpots since August.

In addition, California players can also try their luck at the SuperLotto drawing held Wednesday, which stands at $11 million.

The $418 million jackpot expected Friday is the fourth largest in the Mega Millions game's 15-year history and the first time it has topped $400 million since summer 2016.

Two tickets were sold that matched five of the six numbers. One sold in Ohio pays $1 million. Another sold in Florida will pay $4 million because it included the Megaplier option.