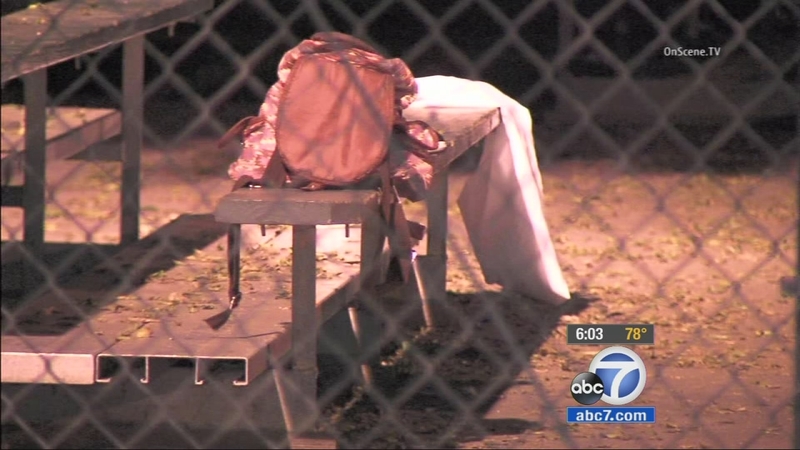 LOS ANGELES (KABC) -- A pregnant woman was shot multiple times while at a park in central Los Angeles, police said.

A man armed with a handgun shot the 18-year-old expectant mother at about 10:30 p.m. Sunday at Toberman Park on 17th and Toberman streets. One of the bullets broke her leg. She was also hit in the torso.

About 10 shell casings were found at the scene, police said.

The woman, who was about six to seven months pregnant, was in critical, but stable condition. Her baby was not shot and is expected to be OK.

"Shooting a young lady and leaving her in a park to die is not only inhumane, but it's something that I think really eats at the humanity of our city," said Officer Jack Richter, spokesman for the Los Angeles Police Department.

Investigators says it appears that the teen was targeted by the gunman and that the shooting is gang-related.

"We're going to backtrack, try to figure out who in the world would shoot a pregnant young lady and leave her at the base of a basketball court," Richter said. "We're hoping that this individual, when she recovers, she's going to be able to identify this person and we're going to bring him into custody."

Police consider the area a trouble spot with a history of gang activity.

A nearby resident told Eyewitness News that the victim is a homeless gang member, whom she has often given food to. She believes rival gangs targeted the victim in a power struggle to claim turf in the neighborhood.

The suspect was wearing a white T-shirt with a blue cap and blue shorts. He fled on foot in an unknown direction.