President Obama stayed longer than expected during his visit to San Bernardino, where he was set to privately meet with families of the terror attack.

SAN BERNARDINO, Calif. (KABC) -- President Obama stayed longer than expected during his visit to San Bernardino, where he was set to privately meet with families of victims in the terror attack.

Air Force One landed at San Bernardino International Airport at 7:34 p.m., where the president and first lady soon descended the plane's stairs.

The Obamas were scheduled to fly to Hawaii for the family's holiday vacation around 9:30 p.m., but stayed with the families nearly two hours after the expected departure.

The delay came after the announcement of his visit drew mixed reactions from the public as some said the meeting was too short. Meantime, city officials said they were grateful the president made an appearance for the sake of the victims' loved ones.

"I think we're just honored that the president would come out to pay those respects," said Congressman Pete Agular. "We're less concerned about the timetables involved and just thankful that he would come out and spend some time with the families."

As the visit happened, Eyewitness News learned two patients that survived the terror attack were released from Loma Linda University Medical Center earlier in the day. Two other people were still being treated at the hospital, one was in critical condition, the other was in fair condition, hospital officials said. 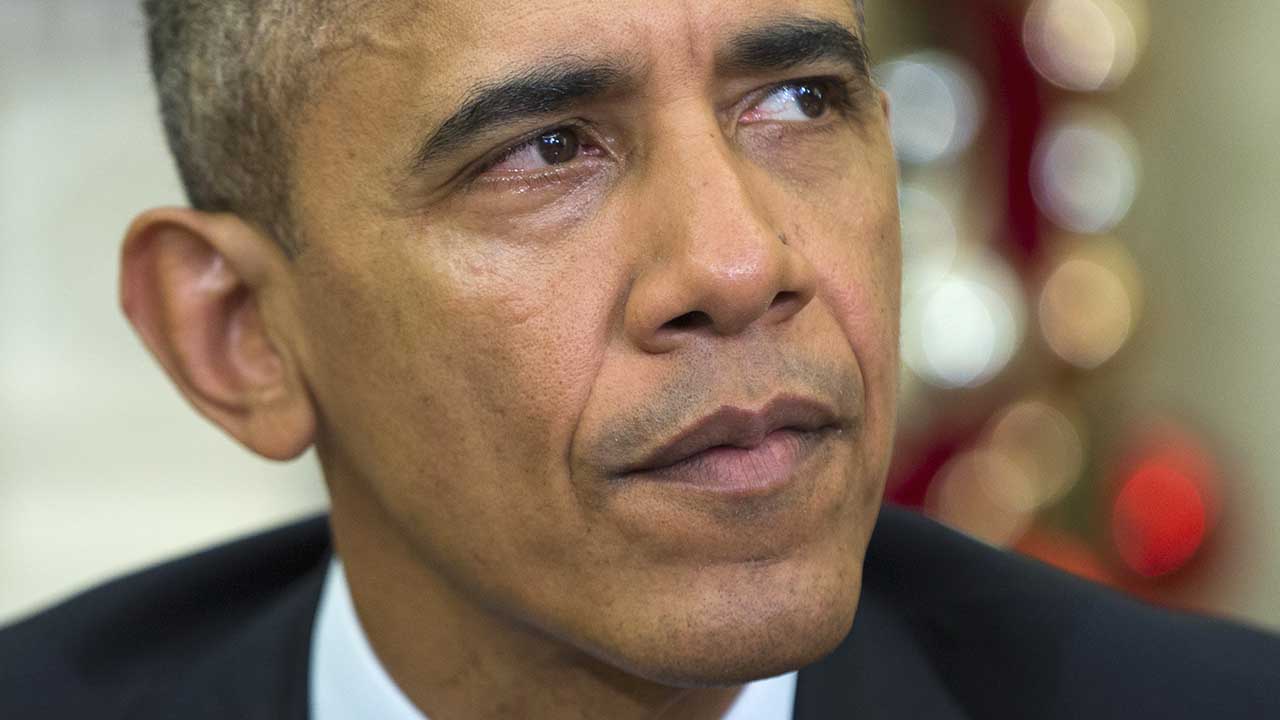