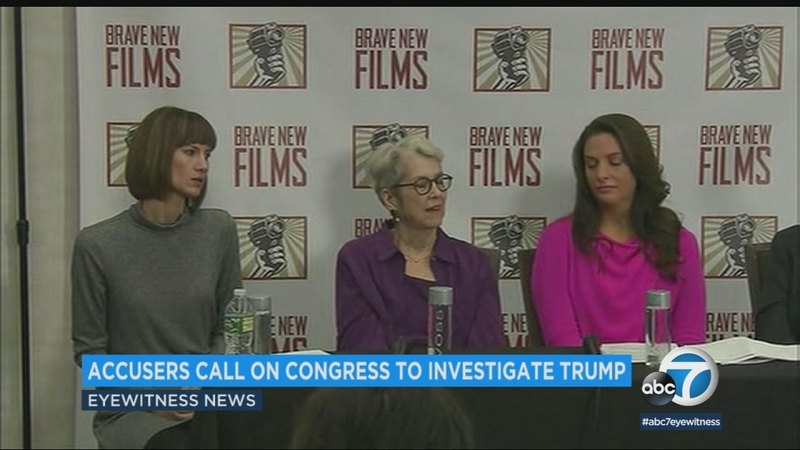 "About 12 years ago as a young receptionist working at Trump Tower, I was forcibly kissed by Mr. Trump during our first introduction," said alleged victim Rachel Crooks.

They said the recent revelations of sexual misconduct by prominent men in business, media, and politics compelled them to speak out publicly against Trump once again, hoping this time they won't be ignored.

Meantime, the White House was pushing back on the allegations, saying he has already denied them.

White House press secretary Sarah Huckabee Sanders says Trump "has addressed these accusations directly and denied all of these allegations." She says the people decided in November to elect him regardless.

The White House has called the claims false and "totally disputed in most cases."

The U.S. ambassador to the United Nations has said the women should be heard.