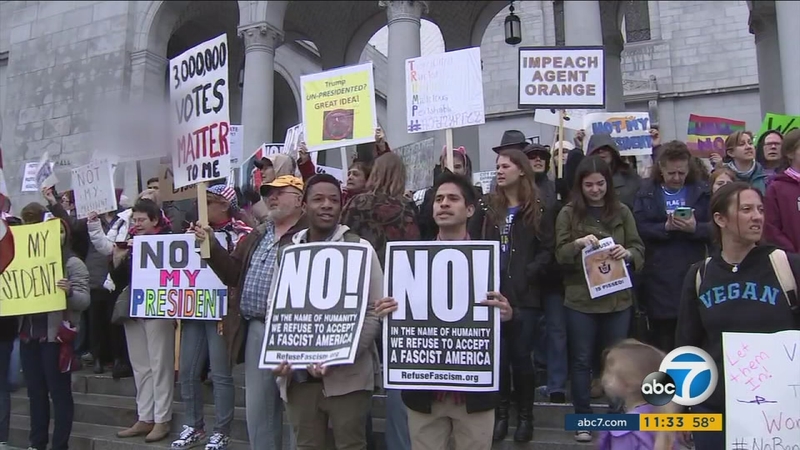 Not My President's Day rally held in DTLA

DOWNTOWN LOS ANGELES (KABC) -- Protesters gathered to demonstrate against the new commander in chief at 'Not My President's Day' rallies in Los Angeles and other cities across the U.S. on Monday.

Despite the morning rain, a large crowd assembled outside L.A. City Hall on Presidents Day to send the message that they oppose President Donald Trump's policies - including the planned construction of a border wall and recent immigration raids by federal agents.

"I think it's really important to say that we have a voice, that we're able to say it's in the Constitution, it's an amendment, (a) right that we have, that we can speak," said protester Maria Elena Patino. "Also, especially because he did not win the popular vote, President Trump. He does not stand for what America stands."

"They need to find their spines and stand up to this man, because he's running a dictatorship," she added. "This is a democracy."