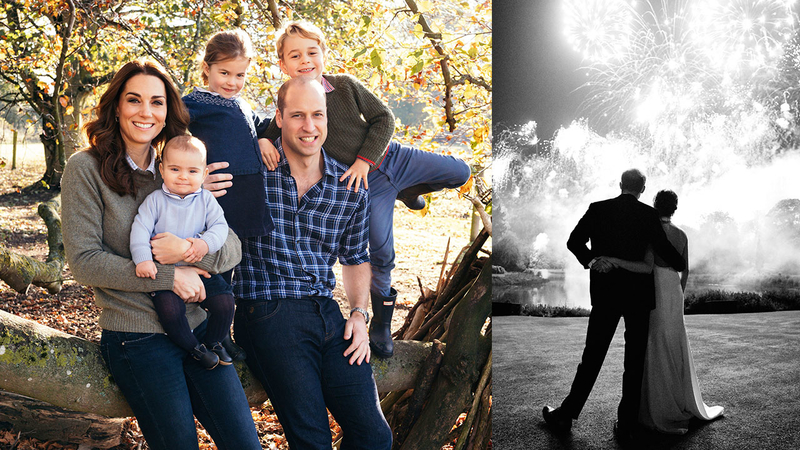 The British royal family is sharing some Christmas cuteness: Both Prince William and Prince Harry shared their family's holiday cards on Friday.

The cards are reflective of the royal brothers' big year. For Prince Harry, it was the first Christmas card with his wife, Meghan Markle, now known as Meghan, Duchess of Sussex. The pair were married in May, and the card features a never-before-seen photo from the wedding.

The Duke and Duchess of Sussex are delighted to share a new photograph from their Wedding Reception at Frogmore House on 19th May.

The photograph, which features on Their Royal Highnesses’ Christmas card, was taken by photographer Chris Allerton. pic.twitter.com/PQPUuRwnIj


For Prince William and his wife Kate, Duchess of Cambridge, it was their first Christmas card as a family of five. Their children Prince George, 5, Princess Charlotte, 3, and Prince Louis, 7 months, all beamed in the sweet family pic. The photo was taken outdoors at Anmer Hall in Norfolk, England.

The Duke and Duchess of Cambridge are pleased to share a new photograph of their family.

The photograph, taken by Matt Porteous, shows The Duke and Duchess with their three children at Anmer Hall, and features on Their Royal Highnesses’ Christmas card this year. pic.twitter.com/6XqCMlhLi8

The royal baby and the line to the British throne