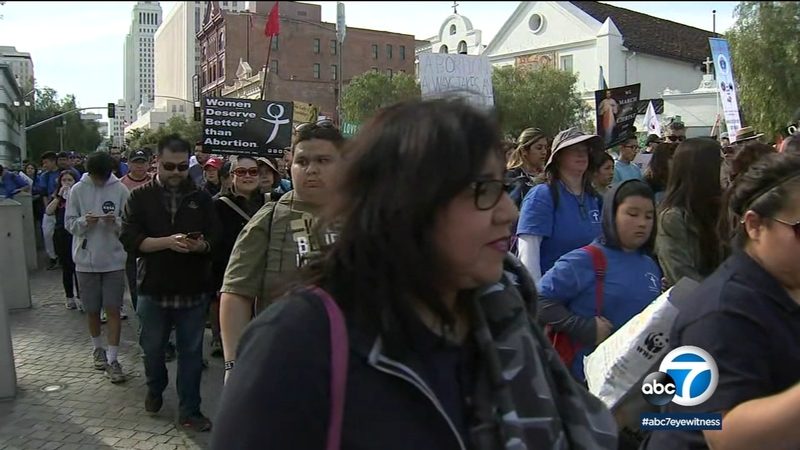 The event organized by the Archdiocese of Los Angeles was described as a celebration of the beauty and dignity of every human life.

Participants gathered at Placita Olvera and traveled down to the Los Angeles State Historic Park, led by Archbishop Jose Gomez.

Every human person is formed by God and every person belongs to the human family, even the smallest, even the weakest. That is why the right to life is the first right, it is absolutely essential. - @ArchbishopGomez #OneLifeLA pic.twitter.com/C8FjPm8SWh

At the park, the crowd heard from a number of guest speakers, including from a woman who turned her life around after becoming a victim of sex trafficking as a teenager. Now, as an adult, she fights for criminal justice reform.

Other speakers focused on issues including homelessness.