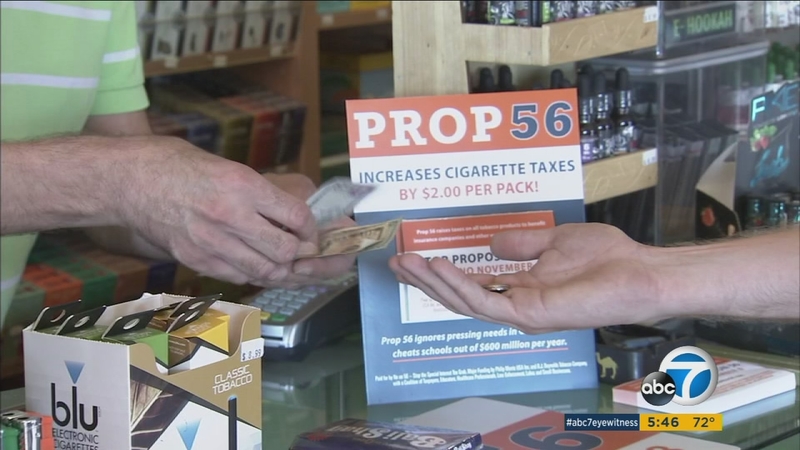 Latino community leaders speak in support of Prop 56 in DTLA

DOWNTOWN LOS ANGELES (KABC) -- Local leaders in the Latino community took a stand against big tobacco companies in their show of support for Proposition 56 during a press conference in downtown Los Angeles.

If passed, Prop 56 would raise the tax on tobacco products, including a $2 per pack purchaser fee on cigarettes.

Proposition 56 looks to increase taxes on tobacco products, including packs of cigarettes by $2.

"They don't care about the children, they only care about how they can keep young people hooked on tobacco," Villaraigosa said.

They cited the habit as the number one cause of preventable death for their minority.

Ads airing against the measure have called Prop 56 a special interest tax grab.

"Anytime there's a tax increase we want to know one, is it absolutely necessary, and who's going to benefit from this tax?" David Spady of No on 56 said.

The No on 56 campaign claims 82 percent of the $1.4 billion in new taxes would not help smokers, but instead fatten insurance company profits.

"It is deceptive, it does have a profit motive, and we're opposed to it for that reason," Spady continued.