Several hundred people in Long Beach took part in a peaceful protest Saturday night over the election of Donald Trump as president.

The protesters said they want their voices heard, but did not want to cause any trouble.

The group started the peace march at a park and walked several blocks to the streets of downtown.

"We need to speak up. Our parents and grandparents stood up for us in the 60s," protester Ryan Myers said.

Protesters recruited their own "peacekeepers" to keep marchers from spilling into the streets and disrupting traffic. Long Beach police also kept a close eye on the demonstration.

A supporter of President-elect Trump got into an argument with protesters about immigration. He said the protesters have a right to protest, but need to make their decisions "intelligently."

The event organizers said they want to focus on how to fight policies they fear Trump will enact in his first few months in office.

"What we want to do is tell America, tell Trump, that we're here and we're not backing down. We're going to march until we see some change," organizer Maii Ware said.

No one was arrested during the protest, authorities said.

The protest was one of a few held in Los Angeles County Saturday. One started around 10 a.m. at MacArthur Park, with about 8,000 people marching through the streets. 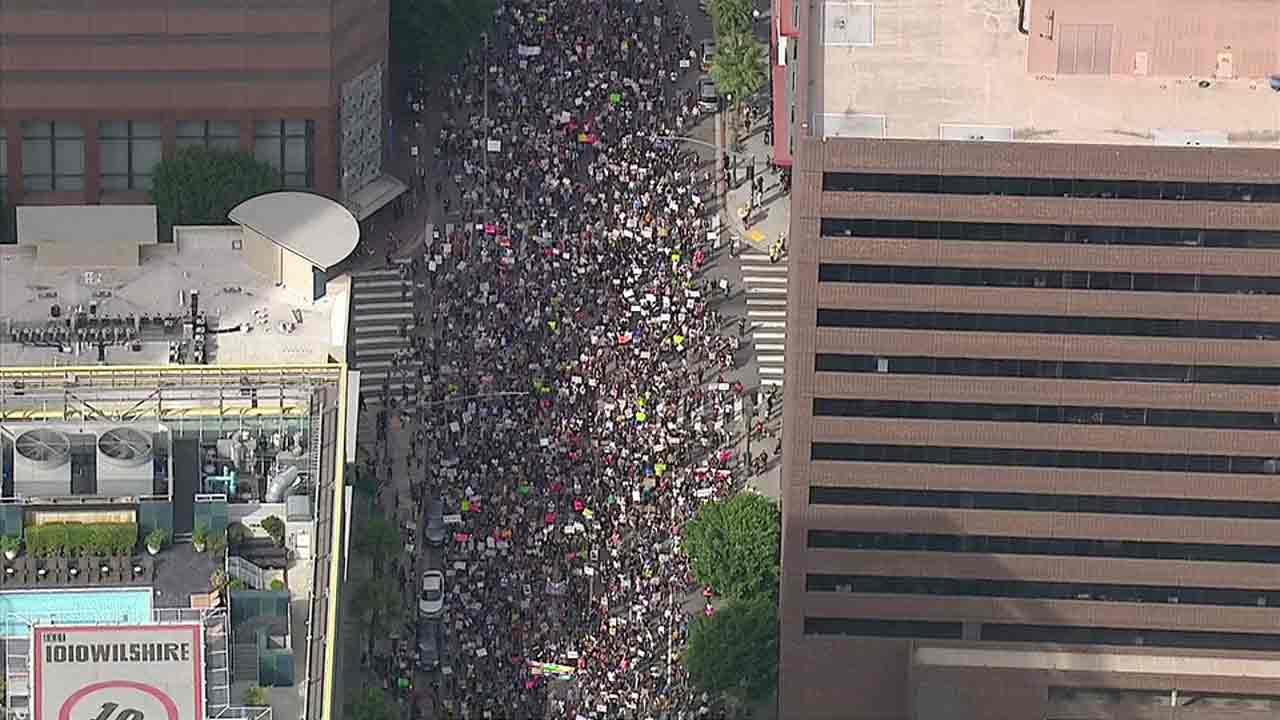