Mia Irizarry took this video of a man she says harassed her for wearing a shirt with the Puerto Rican flag, saying it was un-American.

COOK COUNTY, Ill. -- The man seen in a viral video harassing a woman for wearing a Puerto Rican flag shirt has been charged with a hate crime.

Trybus was caught on camera last month verbally harassing Mia Irizarry in the Forest Preserves of Cook County in June. The video shows him approaching her, asking why she is wearing a Puerto Rican flag shirt with the words "Puerto Rico" written below the neckline.

Trybus is then seen asking her if she's an American saying, "Are you a citizen? Are you a United States citizen?"

Irizarry can be heard asking a park police officer for help, and telling him that she is uncomfortable. The officer is seen walking away.

As Trybus continues to harass her other officers arrived and a female police officer finally steps in on behalf of Irizarry.

The officer, identified by authorities as Patrick Connor, resigned Wednesday night. He was supposed to face a disciplinary hearing Thursday. 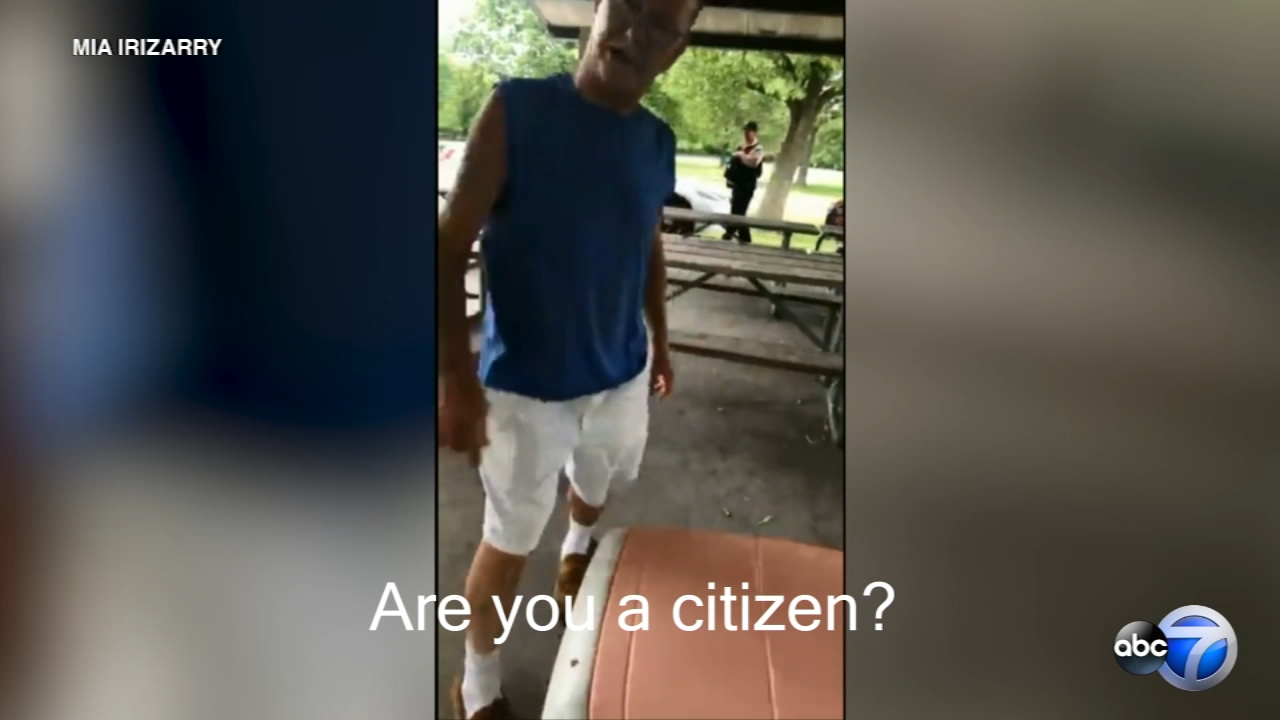