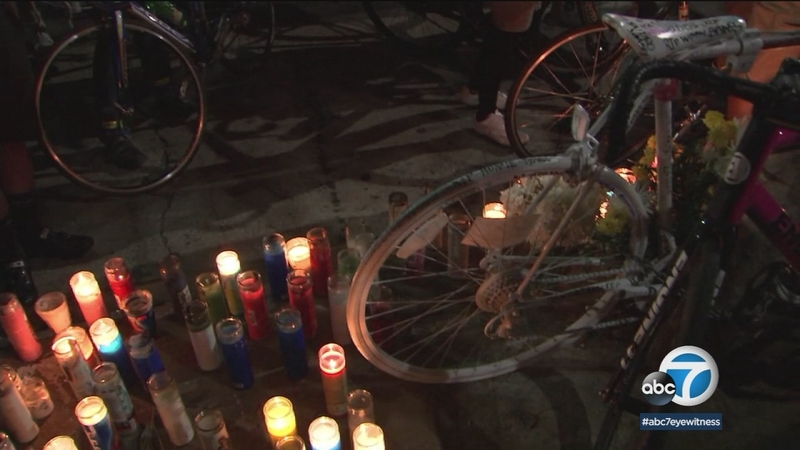 SOUTH LOS ANGELES (KABC) -- Friends of a cyclist who was killed by a hit-and-run driver in South LA kept his memory alive Friday as they rode and held a vigil in the area.

Dozens of people rode to Manchester and Normandie avenues, where the deadly incident happened.

That same intersection is also where another hit-and-run driver mowed down Quatrell Stallings, 24, who was attending an earlier vigil for the cyclist, whom he was friends with.

That cyclist, Fredrick Frasier, 22, belonged to a group of cyclists who rode through the area on Monday nights. He was struck and killed Tuesday.

The cyclists are demanding the streets to be safer for them to ride, especially in South L.A.

"We're here to show our respects, first of all. Second, we want justice for him and any other cyclists who have lost their lives on the streets to drivers who are being reckless out here," Edin Barrientos said.

Authorities are still looking for both hit-and-run drivers. For Frasier, the suspect vehicle was described as a white Porsche Cayenne that may have extensive front-end damage. As for the driver who struck Stallings, she was seen fleeing in a tan sedan, possibly a Toyota Avalon.