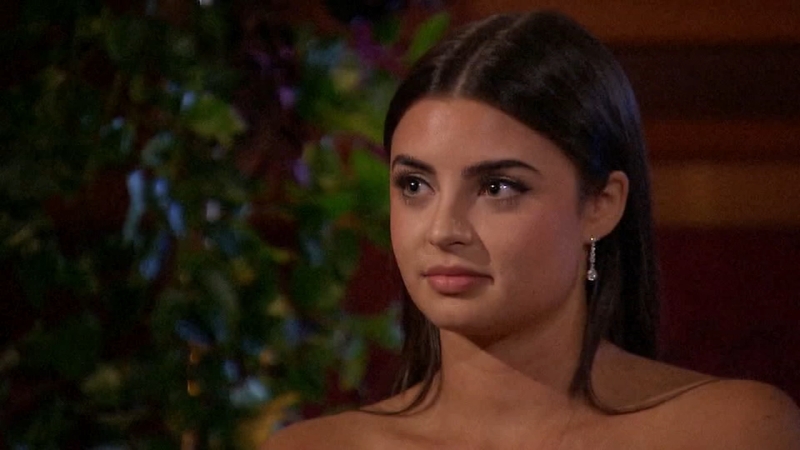 During the first "Bachelor" season ever to feature a Black man as its lead, frontrunner Rachael Kirkconnell is apologizing for her racist actions and holding herself accountable.

Kirkconnell said, "At one point, I didn't recognize how offensive and racist my actions were, but that doesn't excuse them. I was ignorant, but my ignorance was racist."

Former "Bachelorette" Rachel Lindsay is responding, saying "an apology is just a little step in the right direction."

Kirkconnell first found herself in hot water after a TikTok went viral, claiming to show her liking posts with the Confederate flag and even sharing QAnon conspiracy theories.

And just last week, a post on Reddit allegedly showed the "Bachelor" contestant at a 2018 "Old South" college formal, or a plantation-themed party.

On Tuesday, the franchise's host Chris Harrison addressed the photo in question in an "Extra" interview with former "Bachelorette" Lindsay.

In response, Lindsay said "It's not a good look ever. Because she's celebrating the Old South. If I went to that party, what would I represent at that party?"

He also took to Instagram to say "...I took a stance on topics about which I should have been better informed. What I now realize I have done is cause harm by wrongly speaking in a manner that perpetuates racism."