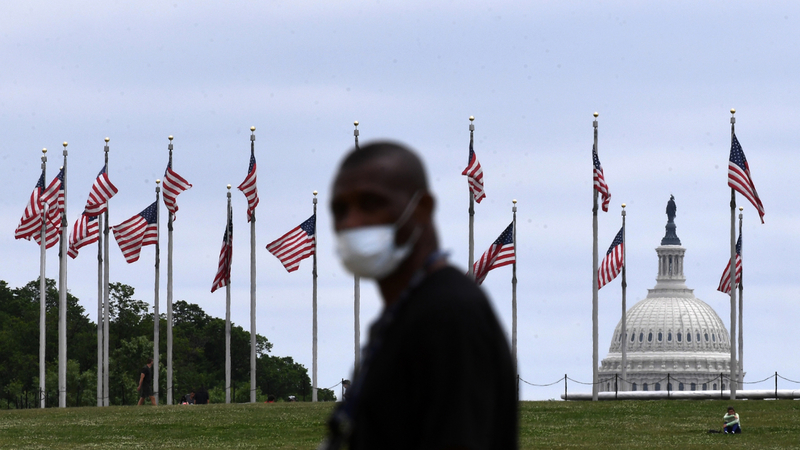 America's failure to address wide gaps between Black and White communities has cost the economy up to $16 trillion over the past 20 years, according to an analysis published by Citigroup this week.

The report -- focusing on inequities that exist in wages, education, housing and investment -- underscores racial tensions that are helping to fuel unrest in the United States today.

"The 400 years of enslavement of Black populations in the Americas has residual effects that persist to this day despite tomes of legislation providing equal access to various aspects of American life under the law," Citi economists wrote in a 104-page report that quotes Martin Luther King, Jr.

This comes as protests gripped major US cities Wednesday amid outrage over the news that none of the three officers involved in Breonna Taylor's death were charged with her killing -- and as the pandemic has worsened America's inequality problem by dealing a particularly heavy blow to minorities.

"The dual health and economic crises resulting from the coronavirus lays bare long simmering racial tensions and inequities that have plagued the US for centuries," the Citi report said.

After a grand jury declined to indict any officers in the police shooting death of Breonna Taylor, her family is demanding the evidence presented be released.

The economic impact of the pandemic combined with "repeated incidences of police brutality involving Black Americans has proven too great to ignore," the economists wrote.

"The result not only precipitated protests in the streets, but also a general reassessment of the very soul of the nation," the report said.

The findings in the Citi report make clear that although the United States has made strides in addressing inequality, huge gaps still exist today:

--White families have eight times more wealth than Black households
--The US homeownership rate among Whites is nearly 80%, compared with 47% for Blacks
--Blacks are five times as likely to be incarcerated as Whites and make up 33% of the US prison population even though they only represent 12% of the total US population
--Income levels peak for Black men sooner and lower (age 45-49 and $43,849 ) than for White men (age 50-54, $66,250)
--The total wealth held by US billionaires ($3.5 trillion) is equal to three-quarters of all Black wealth ($4.6 trillion)
--These gaps are restraining the economy at large.

"Societal inequities have manifested themselves into economic costs, which have harmed individuals, families, communities, and ultimately the growth and well-being of the U.S. economy," the Citi report said.

Many Black families have missed out on rising home prices

In fact, some key metrics suggest that the divide between Black and White Americans has gotten worse.

For instance, Citi found that the gaps in homeownership rates and college degree attainment are wider now than in the 1950s and 1960s.

"The U.S. is light-years more equal than it was in the 1950s, but systems perpetuating inequalities among different racial groups either still remain or are being reinvented, either consciously or unconsciously," the Citi report said.

The report pointed to the long-reaching impact of discriminatory housing practices.

"Fifty years of barriers to Black home ownership means that Black families have missed out on the benefits of home price appreciation - a key ingredient to wealth accumulation," the Citi report said.

And the divide in housing is also playing a role in unequal education.

Three Black women were subject to a racist rant from another woman at a Los Angeles beach in an encounter captured on video.

The Citi economists pointed out that there is a "strong correlation between high-value housing and the quality of schooling" because school districts are largely funded through property taxes.

"If neighborhoods are segregated, then so are the schools," the report said.

The health crisis is exacerbating the racial divide in the United States.

Black Americans have been hit hardest by the pandemic, dying at a rate 2.4 times higher than White Americans. And Black Americans are over-represented in essential jobs like healthcare, food service and childcare that can't be done from home. Black-owned businesses suffered greater business destruction between February and April than companies owned by other ethnicities, according to the National Bureau of Economic Research.

"The productive capacity of the economy is limited when not everyone has the opportunity, has the educational background and the healthcare and all the things that you need to be an active participant in our workforce," Powell said last week in response to a question from CNN Business.

Yet Powell said the Fed doesn't really have the ability to "target particular groups," adding: "Ultimately, these are issues for elected representatives.

How to fight inequality

The Citi report lays out a blueprint for how the government, as well as Corporate America, can help address inequality in a meaningful way.

Closing inequities in wages, education, housing and investment today could boost US GDP by $5 trillion over the next five years, the report said. But it won't be easy.

The Citi report also urged companies to implement policies that address racial gaps that exist in the hiring, firing and retention of workers.