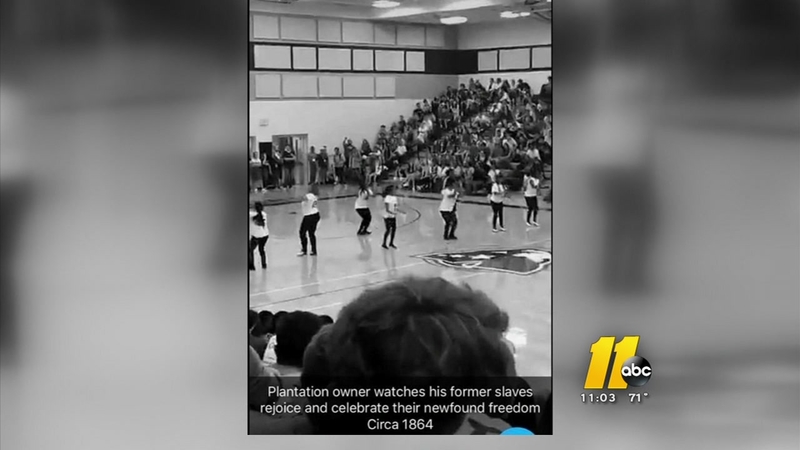 "It was fun, everyone wanted to perform. Everyone was looking forward to it," said a 16-year-old sophomore member of the step team who did not want to use her name for this story. She's one of the 10 students on the team, which is made up of all African-American students.

The team's excitement about the performance turned to disgust when a team member saw a Snapchat post by one of her white classmates -- a photo of the team's performance with a caption referring to them as slaves.

The Snap read, "Plantation owner watches his former slaves rejoice and celebrate their newfound freedom. Circa 1864."

"I mean it's nothing new. It's happened before," the team member said. But she said this time the post, which was deleted less than a half hour later, was more public.

"Honestly, we're mad, and we want to see more done than what's being done," she continued. "Today we met with the assistant principal. He apologized and he said he's going to handle it."

He said administrators had investigated, identified the student, and the student was being disciplined under Wake County Public School policy. Wight said he spoke with the step team members to reassure them this type of behavior "would not be tolerated."

He's pledged to work to address the issue in a "positive, constructive way to improve relations with all of our students."

The step team member said she believed the incident and past racially-charged cases had garnered far too little attention from administrators.

"We're coming to them asking for help and we're expecting them to do more," she said.

The Snapchat post was the latest in a string of ugly racially-charged cases this school year across the school system.