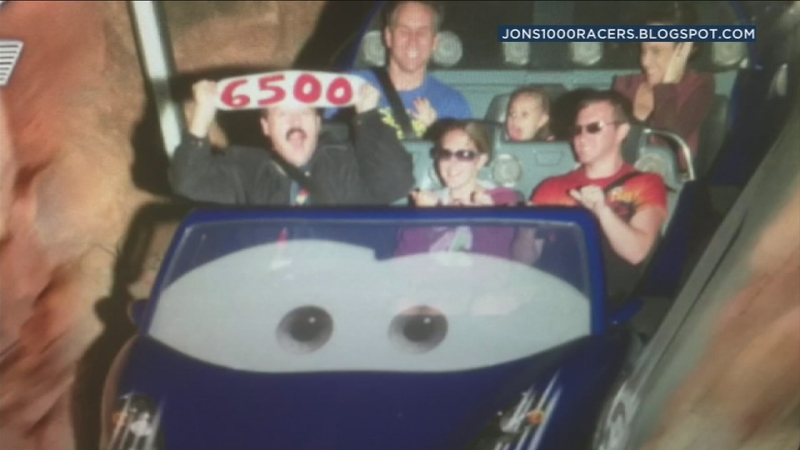 Hale set his sights on the number after a personal transformation. After a gastric bypass surgery and two knee replacements, he lost 150 pounds, he celebrated by getting on the ride.

"I came on preview day, like am I going to be able to bend my knees to get in that back row," said Hale. "I did and that's kind of when I fell in love."

The ride is special to him because it reminds him of the success of his weight-loss journey.

Since then, he's come to the park 760 days in the last five years to get on his favorite attraction. Each time, he keeps track of what color his car is and if he wins or loses.

His determination is something he knows his late father would be proud of. "He probably would think it was pretty special," said Hale. "I mean, he passed before I even got to 1,000."

Hale's pursuit of 10,000 has also helped him stay healthy. This year, he challenged himself in a new way. "Walking all day at the ride, I've also now done some Disney Run events, actually done three half-marathons, bunch of 5Ks and a couple 10Ks," said Hale.

His journey has attracted a number of followers, including one who made him a commemorative hat. He hopes they're encouraged by his story.

"You should never give up. If you have a goal, never give up, keep after it," said Hale. "There may be days when you think you won't get it, but as long as you keep chugging away, you're going to get it."