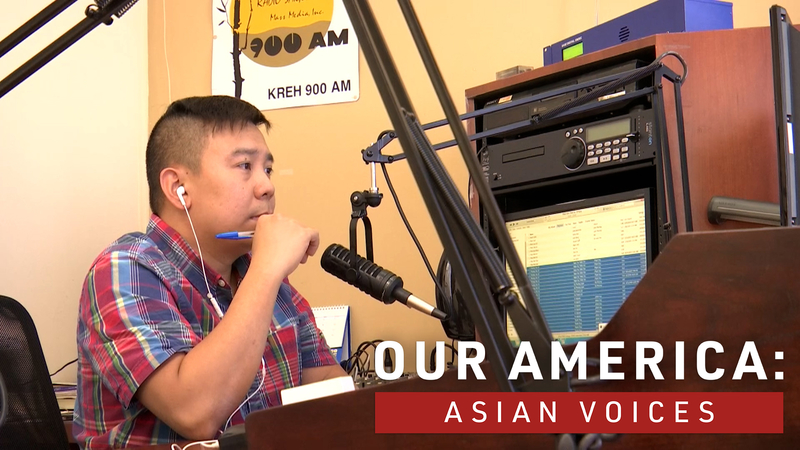 HOUSTON -- From politics to racism, no topic is off the table for the disc jockeys at Radio Saigon Houston, a local Vietnamese-language AM radio station.

CEO and host Vu Thanh Thuy said she sees herself as a gatekeeper to informing the Vietnamese community members who emigrated from the West Coast in the late 70s.

"I was a political refugee myself coming to the U.S. in 1980, so everything was so new to me," Thuy said.

Houston became a destination of choice for the refugees after the Vietnam War due to the prevalence of jobs and its warmer climate.

An estimated 130,500 Vietnamese live in the greater Houston area, and they represent about 24.5% of the total Asian American population across the region, according to Pew Research Center. By 2005, Houston and its vicinity contained the third-largest Vietnamese American enclave in the United States.

The Vietnamese-language programs dive into everything from family life and politics to events in their homeland. Some programs are even syndicated to other parts of the U.S.

Meantime, Thuy continues to take a strong foothold in the Vietnamese media market in a city that she now calls home.

"We can take care of our own community," she said.