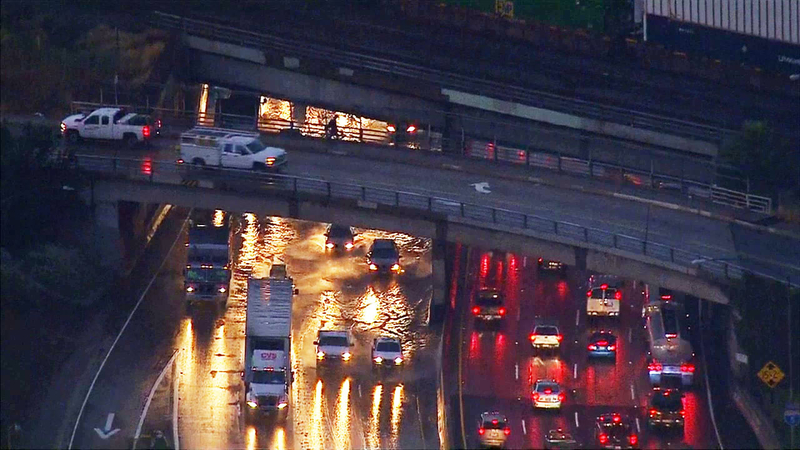 A clogged storm drain was to blame for flooding on the northbound 5 Freeway at Atlantic Boulevard in Commerce around 5:30 a.m. The flooding mostly affected the far left lane. It dissipated by around 6:40 a.m., but traffic was stilled backed up from the 605 Freeway.

Also, slick roads were likely to blame for an early morning crash in Irwindale. All eastbound lanes on the 210 Freeway were shut down after two semi-trucks crashed near the 605 Freeway interchange.

The crash occurred shortly before 4 a.m. near the Irwindale Avenue exit. All eastbound lanes were closed, but CHP opened the shoulder to let cars through. All lanes were reopened by around 6:20 a.m.

One of the semi-trucks was hauling two trailers, one of which overturned and spilled gravel all over the roadways.

One person was transported with minor injuries.

Between 2 a.m. and 6 a.m., there were 53 crashes in Los Angeles County in the California Highway Patrol's jurisdiction, compared with 12 in the same time frame a week ago, when it did not rain, the CHP reported.