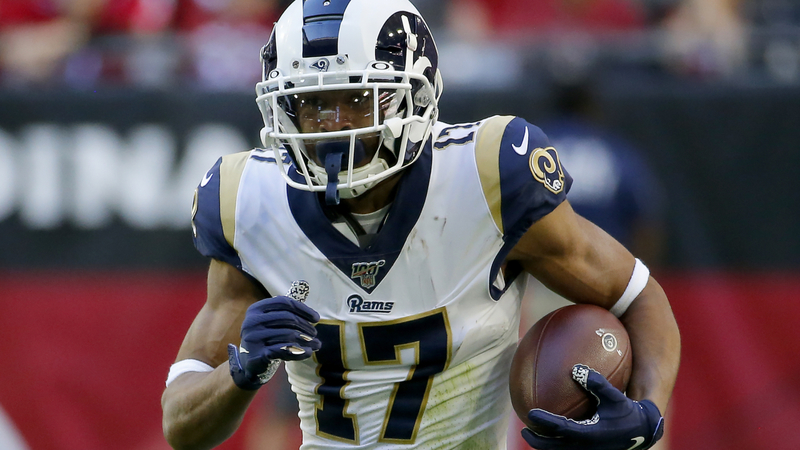 THOUSAND OAKS, Calif. (KABC) -- This is an off-season that Robert Woods will never forget.

He was asked about his reaction the first time he saw the video that showed George Floyd's death in Minneapolis.

"Traumatized and shocked," he said. "These things have unfortunately been happening for a while."

Last week, the Rams held a team meeting about these nationwide civil unrest and racial inequality.

Woods was one of the players that head coach Sean McVay asked to speak.

Now is the call for action. pic.twitter.com/YAgOlPzVPJ

"Our team is a great example of how we should communicate and get along in the world, but we know it's not like that," Woods said.

"Now is the call for action. Find ways to actually move in the community, move in our police reforms, sit down with our political leaders. We need to do different things other than lock arms - it's time to get involved," he said.

As a black man growing up in Los Angeles, the former USC star is all to familiar with racial profiling. He spoke of being told by police in high school, he and his friends were in the wrong neighborhood to go watch a movie.

"Different things like being pulled over at gun-point for a regular routine stop," Woods said. "You get numb to it, you just know how to react."

Woods said getting out to vote is one of the biggest changes needed, and he's considering hosting a voter-registration party.

Speaking of change, USC's change of status welcoming Reggie Bush back after a decade on suspension did not go unnoticed by the self-described "Trojan for life."