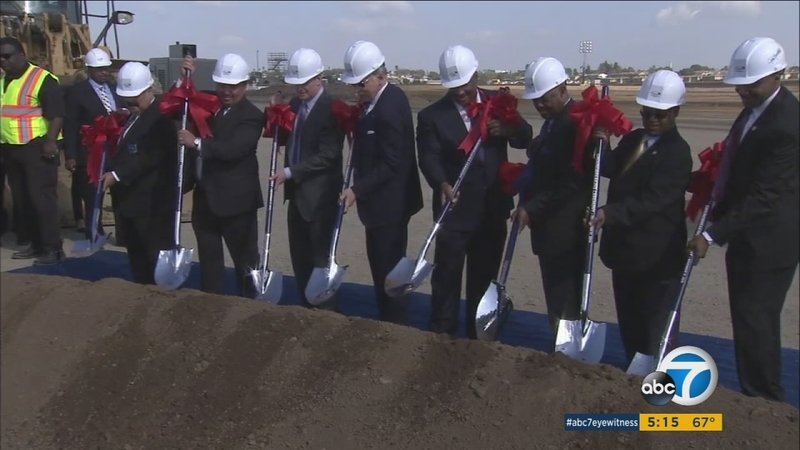 "This is the first time a stadium will have been built for an NFL team in (the) Los Angeles (area)," team owner Stan Kroenke said. "Isn't that remarkable? I mean, think about that."

The newly relocated NFL franchise plans to open the venue in 2019, with the team playing its home games at the Los Angeles Memorial Coliseum in the meantime.

"We are confident that this is going to be the place to be in 2019 and beyond," NFL commissioner Roger Goodell said. "Not just for football, but for entertainment, for events, for eating, for living, for working."


"That's what's going to come to Inglewood and the Hollywood Park area, and we couldn't be more excited to have the NFL be a part of that," he added.

The location is at the former site of the Hollywood Park horse racing track, which was demolished and cleared over a period of two years.