Rams-Steelers preview: Clay Matthews back from jaw injury, Cooks out 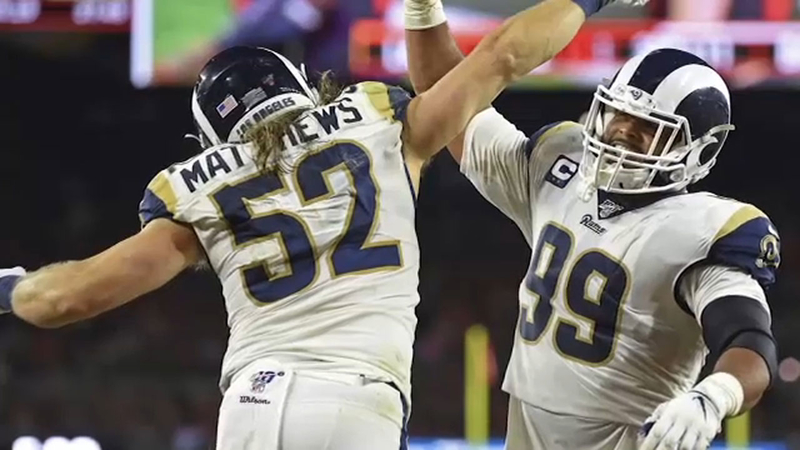 All-Pro Aaron Donald will be making his second flight to Pittsburgh.

He spent his bye week back home.

The bye week is great for rest and recovery.

But the other big win for the Rams is getting All-Pro linebacker Clay Matthews back from a broken jaw.

"I wouldn't just drink protein shakes. I would mix my food up with some kind of broth," Matthews said, adding he's proud he only lost 5 pounds.

The Rams will fly to Pittsburgh on Saturday. Wide receiver Brandin Cooks is already there. He won't play Sunday as he's seeing a specialist for the concussion he suffered against Cincinnati in the game in London.

"I think he did feel better, having gone to Pittsburgh earlier for tests," head coach Sean McVay said.

The Rams, like Cooks, hope to get out of Pittsburgh Sunday healthy.

Pittsburgh will present a challenge for the Rams. The Steelers started their season shaky - on a three-game losing streak and with a season-ending elbow injury to quarterback Ben Roethlisberger. But then they found their footing with backup QB Mason Rudolph and are now 4-4.