Rancho Cucamonga bride-to-be gets wrong dress, finds and returns it to correct bride 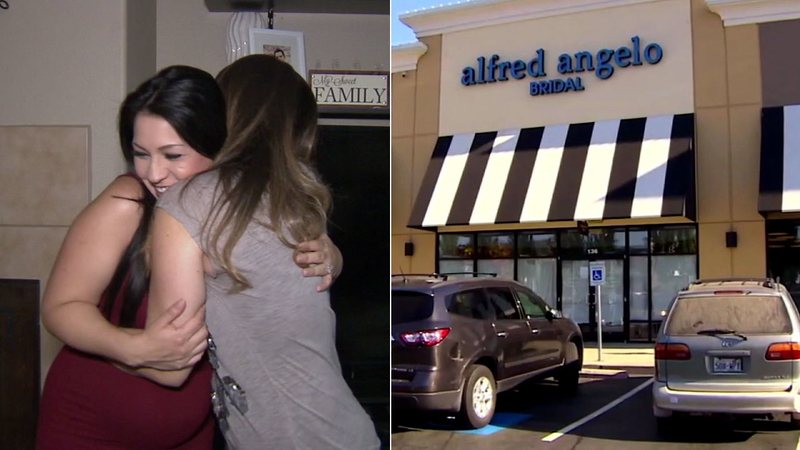 RANCHO CUCAMONGA, Calif. (KABC) -- A Rancho Cucamonga woman received her wedding dress in the mail only to realize it wasn't her dress. The bride-to-be reached out to Eyewitness News and found its rightful owner.

"As soon as I saw the label, I was like OK this is somebody else's dress. I can't do that to somebody. At least somebody else will have a happy wedding and they'll be able to have their dress," Angela Navarro said.

Navarro and Brittany, who did not want to disclose her last name, both bought their dresses from Alfred Angelo Bridal, which closed all of its stores nationwide without notice after filing for bankruptcy.

Navarro, who had been told her dress had been found and was sent to her, was shocked when she and her daughter opened the box to find the wrong dress.

Brittany said she talked to Navarro over the phone and wanted to be 100 percent sure the dress was hers, so she asked for photos. She said she cried when she saw that it was her dress.

But for Navarro, the search for her dress continues as she counts down to her wedding in April.

"My fear is that somebody's going to get my dress and maybe they're going to be a size 8 and they're going to want to keep it. I'm hoping that, you know, pay it forward. If somebody finds my dress then they will contact me," she said.

She believes her dress was likely sent to another bride who bought a gown at the Rancho Cucamonga store, but she hasn't received any answers from the company.