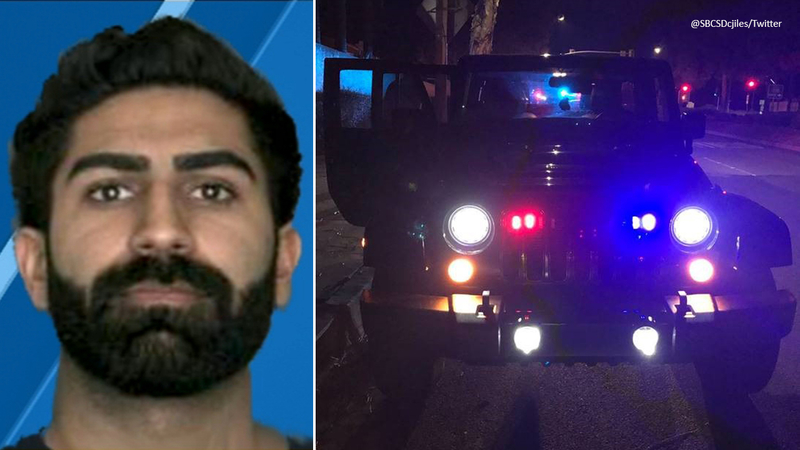 You could see the lights from an accused police impersonator's Jeep Wrangler.

Authorities say 23-year-old Imroj Singh flipped on his red and blue lights while unknowingly trying to stop a detective who was in an unmarked car on the 210 Freeway near Baseline Street.

The Rancho Cucamonga detective realized the man wasn't an officer and put on his real lights and sirens.

The Jeep sped off but eventually stopped and the driver got out.

Police say Singh bought the police lights on the internet and had them installed in his vehicle's front grill to make it look like he was an undercover law enforcement vehicle.

Singh was arrested and is facing a misdemeanor charge for impersonating a peace officer.

He's set to be arraigned on August 5.