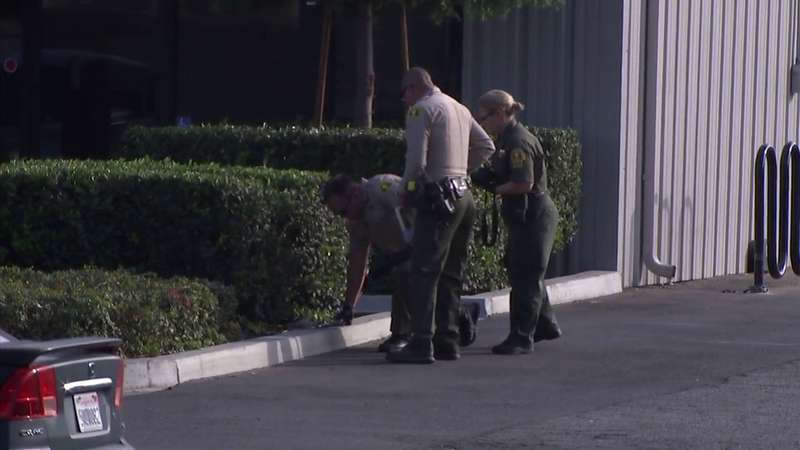 RANCHO CUCAMONGA, Calif. (KABC) -- A man was in custody on Friday after he showed up at his former workplace in Rancho Cucamonga with a gun and made threats, San Bernardino County sheriff's officials said.

Officials said 41-year-old Pascual Ortega was fired two weeks ago from a manufacturing warehouse for Goodyear Rubber in the 9600 block of Ferron Boulevard.

A safety training exercise was underway when Ortega entered the conference room shortly before noon.

The safety trainer noticed Ortega had a handgun on his waistband and immediately tried to take the weapon away.

The suspect was able to fire one shot with the 22 caliber Ruger handgun but didn't strike anyone.

The struggle continued, and the trainer pulled the gun out of Ortega's hand. The suspect then started to leave the business, and the trainer tried to stop him. Ortega then pepper sprayed the victim, but the victim maintained control of the gun, officials said.

"There's heroes in our society that we never get to see until incidents like this call upon them. And, man, he just saved anywhere from 10 to 16 employees from being injured in that shooting," explained Sgt. Marc Bracco of the sheriff's department.