The iconic Randy's Donuts, which has been expanding under new ownership, is opening a new location in Pasadena.
KABC
By ABC7.com staff 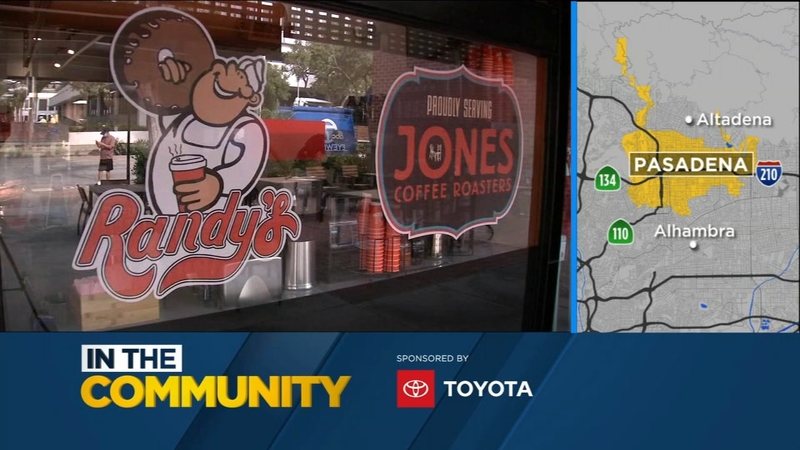 PASADENA, Calif. (KABC) -- The sign is not quite as big as the original iconic location, but Randy's Donuts is opening a new location in Pasadena.

The Lake Avenue store holds its grand opening on Wednesday, with a free donut for customers from 6 a.m. to noon.

Randy's is best known for the massive donut sitting atop its original Inglewood location that has been featured in numerous films and television shows.

The shop was purchased from its original owner in 2015 and the new owner has been making plans to expand and franchise the business.