Fun off-screen translates to laughs on-screen for Raven-Symone, Miranda May in 'Raven's About BUNK'D' crossover on Disney Channel

Fun, laughter took over the set for Raven-Symone, Miranda May as "Raven's Home," "BUNK'D" crossover in Disney Channel special
OTRC
By George Pennacchio 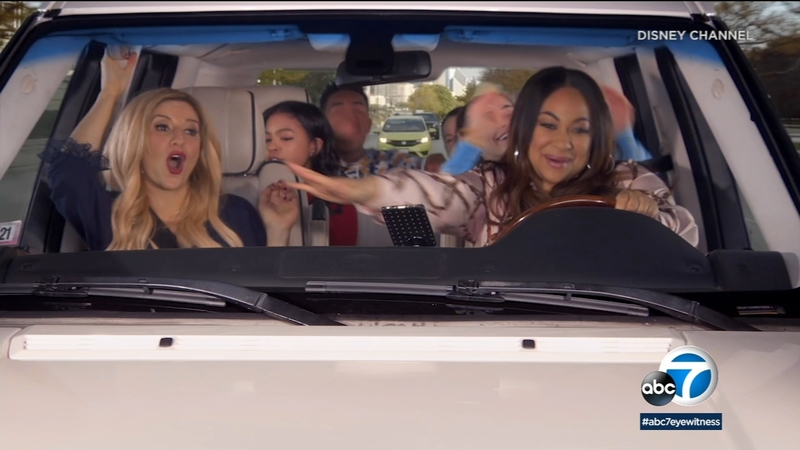 HOLLYWOOD -- Even in the midst of the Covid-19 shutdown, Raven-Symone has had one busy summer. She helped host ABC7's virtual pride parade last month and she got married! Now, she's taking part in Disney Channel's latest crossover; this time around, with the characters from her show, "Raven's Home" and "BUNK'D."

"Raven About Bunk'd" joins Raven, with "Bunk'd" star Miranda May... and the two friends couldn't wait for the chance to collaborate.

"We get a bouncing off of each other that we've been craving. I've always wanted to work with Miranda," said Raven. "And it's a fun journey to be able to do something like this."
EMBED More News Videos

"I don't think anybody was ready for this. I mean, they could've prepared themselves but they weren't ready!" laughed May. "That was the best part of the crossover; there was fun off screen and on and I think that will translate."

Both actresses share the screen with young co-stars. Raven, who started acting at age three, says she is usually a fierce Momma Bear when it comes to guiding this next generation.

However, with this crossover... the fun took over.

"I have to admit I let my Mommy guard down, and I had a lot of fun. I missed some of my cues, I got talked to by the director more than I usually do, but it felt good to just release and have that moment and know the kids from "Raven's Home", they had education that hopefully will stay with them for the rest of their lives and their professionalism I'm very proud of."

"Raven's Home" was in the middle of shooting season four when the shutdown hit in March. She says they will go back to work when it's absolutely safe for everyone. In the meantime, we'll see "Raven About Bunk'd" on Disney Channel July 24.