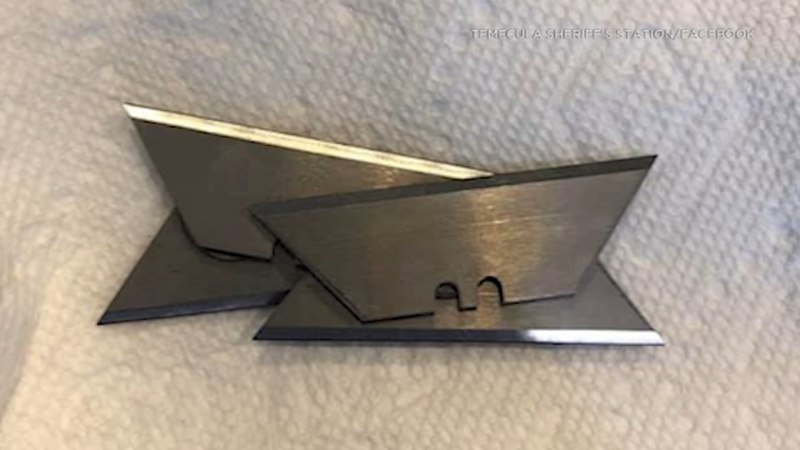 TEMECULA, Calif. (KABC) -- Deputies warned drivers in Temecula to use caution getting into their cars after razor blades were found in a car door handle.

Investigators believe the blades were purposefully attached in a way to injure someone.

Sheriff's deputies said two similar incidents were reported last week. The first was reported in the 41000 block of Carleton Way.

Someone else spotted a single razor blade on the front of their vehicle the same week in the 31000 block of Daniel Way.

Detectives said it's not known why that razor was left on the car, but the second incident does not appear to be related to the first one.