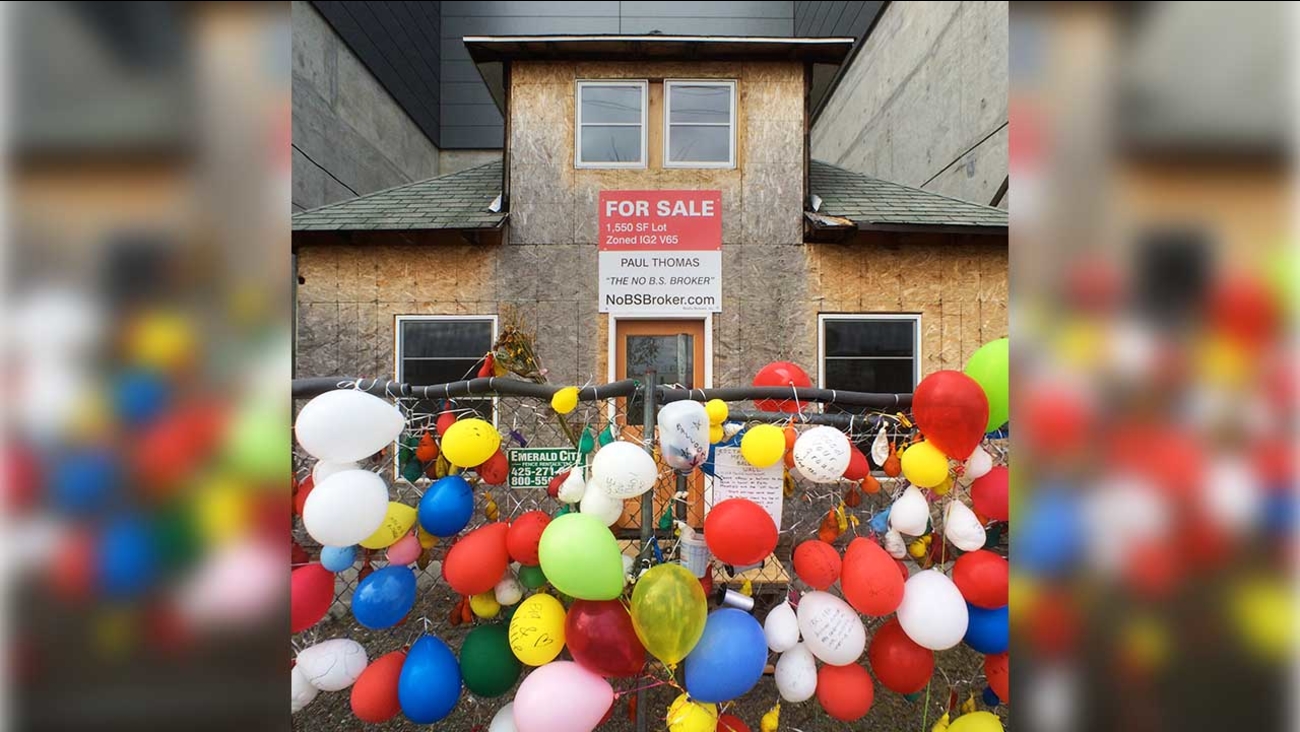 Edith Macefield's house became in 2006 when she refused to sell her property to developers. (Kevin Schafer/Getty)

KABC
By Rachel Schwartz
The tiny house that many people believe was the inspiration for the Disney film Up may not be around much longer. The current owner of the 600-square-foot home surrounded by commercial developments says unless someone is willing to haul the house off the property, it will be torn down.

The 115-year-old house in Seattle's Ballard neighborhood became famous in 2006 when its then-owner, Edith Macefield, reportedly turned down a $1 million offer to leave. Today, the 1,550-square-foot lot is surrounded on three sides by multi-story retail chains and a gym.

Although Disney has said Up, the tale of a curmudgeonly old man who finds adventure after tying thousands of balloons to his home to float it away, was "not based on any real location," fans of the heartwarming film have taken to visiting the Macefield home and leaving balloons with messages written on them tied to the fence surrounding the property.

The home has been in limbo since Macefield died in the house in 2008 at age 86. The investment management company that owns the property thought it had found a buyer who planned to convert the home onto a coffee house, but the deal fell through because of the high costs of bringing the home up to code.

Now, the owner is accepting proposals from anyone that would be willing to come in and haul the home away, free of charge. If a qualified recipient is not found in the next 30 days, a demolition crew will begin tearing down the home in the fall.

Macefield has become a legend in the Seattle community for her unwillingness to give in to corporate development. She has inspired "a local musical festival, a rye-based cocktail and at least a few tattoos," according to the New York Times.

The Walt Disney Company is the parent company of Disney-Pixar and this station.

'Up' image courtesy of Oh My Disney.