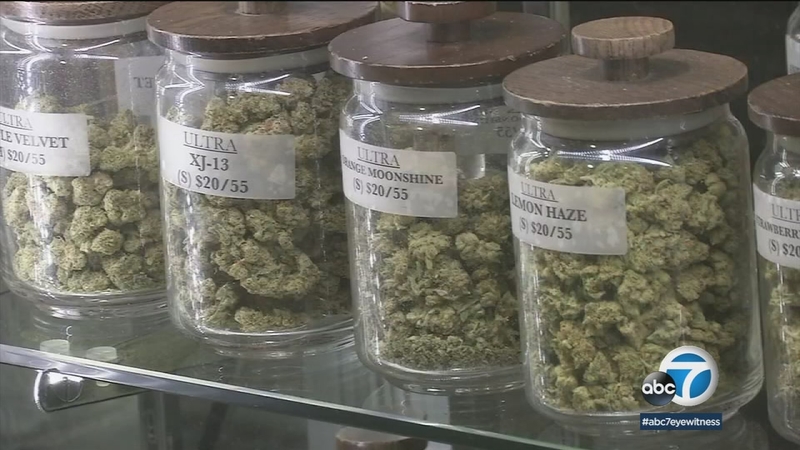 SANTA ANA, Calif. (KABC) -- Santa Ana, the only Orange County city with permits at the moment, rolled out the sale of recreational marijuana on New Year's Day, the official day it became legal in California.

"There's a room full of people and they're all so excited to buy cannabis recreationally for the first time and it's exciting," Laguna Beach resident Michael Lewis said.

Hundreds came to 420 Central ready to celebrate the historic shift, with lines stretching out the door. In November, voters approved Proposition 64, which legalized the recreational use of marijuana.

"I am floating right now. This is a historic moment. I'm very proud of my staff and my team," 420 Central owner Robert Taft Jr. said

While other cities such as Los Angeles haven't started issuing local licenses, Santa Ana made a frantic push over the weekend with the state to ensure businesses were able to begin selling on Monday.

"We approved what I think is a model ordinance that's going to be used in other communities in the future, and we're pretty excited about it," Councilman Jose Solorio said.

Customers should expect a bump in prices because of the city, state and sales taxes.

"(Businesses) try to keep costs down as best they can, but it is one of those things that factors in naturally with any business," attorney Mark Kearney said.

Many people told Eyewitness News the new experience is something they can get used to.

"It's surprisingly casual and easy. It's like going into a liquor store and picking out a bottle of wine," Buena Park resident Dustin Hannah said.