Thief lowers himself from roof with rope, steals $200 from Redlands bike shop 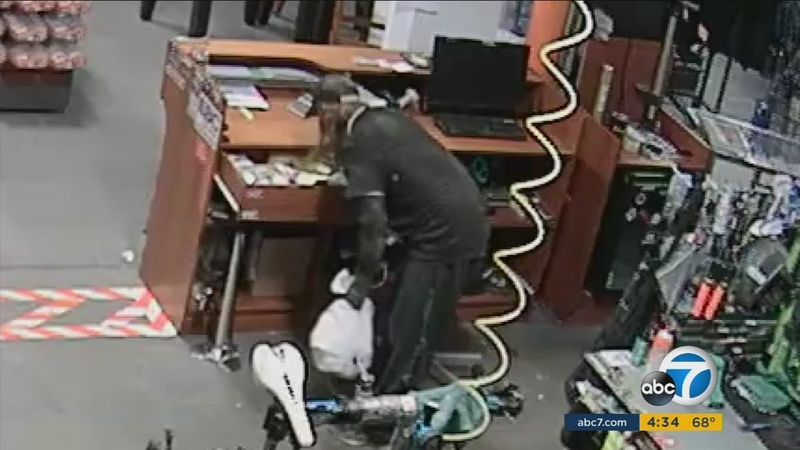 Thief lowers himself from roof with rope, steals $200 from Redlands bike shop

REDLANDS, Calif. (KABC) -- A thief went through an extraordinary amount of trouble to break into a Redlands bicycle shop to steal $200.

Authorities said the burglary happened at Don's Bicycles of Redlands at about 4:15 a.m. on Friday.

Store surveillance cameras caught the thief walking down the hallway in one shot, but it was how the thief broke in that officials found surprising.

"It was obvious that there were some ceiling panels that had been removed," store owner Scott McAfee said.

Detectives said the thief apparently came in through the roof. McAfee said there was evidence the thief was casing the building for a while.

"As a business, unfortunately part of the expense is security, so we have bars on the windows, we have motion detectors, infrared cameras, glass breaks, we just don't expect someone to come through the roof," McAfee explained.

The store owner said after the thief came in through the roof, he lowered himself down using rope.

The suspect could be seen rummaging through items near the cash register but didn't take any merchandise.

McAfee said the thief got away with their petty cash box, which had $200 in it.