A brush fire near Redlands has charred 125 acres and prompted homes in the area to be evacuated.
KABC 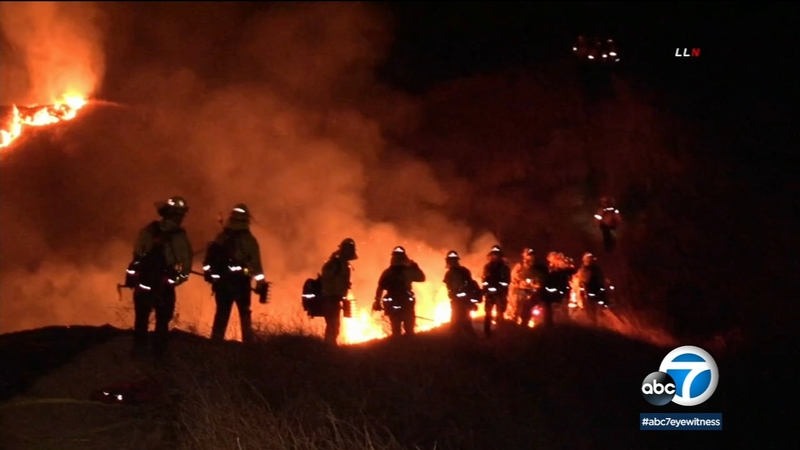 REDLANDS, Calif. (KABC) -- A brush fire near Redlands has charred over 100 acres and prompted homes in the area to be evacuated after the blaze erupted Wednesday night.

The San Bernardino County Fire Department says the blaze was burning off of Live Oak Canyon Road between the 10 Freeway and San Timoteo Road. Fire officials say the blaze's forward progress was stopped Thursday morning at 125 acres, and containment is at 30%.

The blaze, dubbed the Bruder Fire, was estimated to be at least 13 acres at about 10:30 p.m. Wednesday, but it quickly grew to 60 acres shortly before midnight. SBCFD said the blaze had the potential to grow to 300 acres.

"We always talk about the wind being the fire bomb. So a little bit of wind in here, significant gusts could bring ember across the line and we could be off to the races again," said a CAL FIRE spokesperson. "So we don't want people to be lulled into security right now because evacuation orders are still in place."

Evacuation orders were in place for homes in the following areas:

The fire comes amid an intense heat wave in Southern California. Temperatures in the Inland Empire are expected to reach 100 degrees Thursday and not expected to cool down until the weekend.

SBCFD says the fire is in a rugged area and there are not many roads to help crews get to the hillsides that are burning.