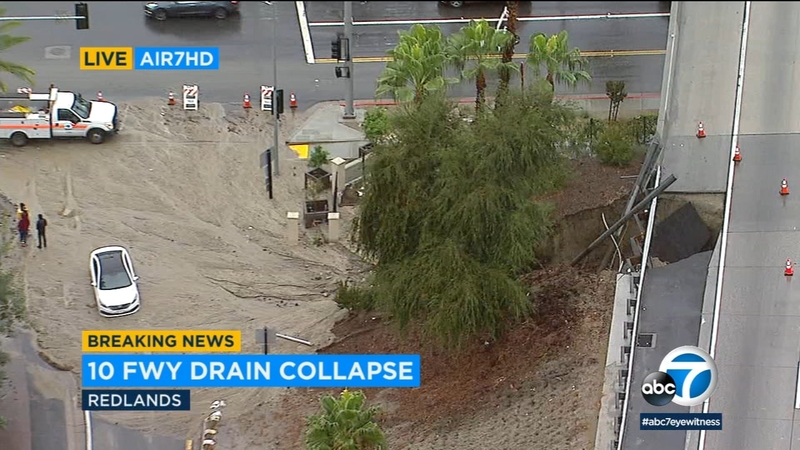 REDLANDS, Calif. (KABC) -- Amid Thanksgiving Day's heavy rains, a sinkhole opened on the side of the 10 Freeway in Redlands, shutting down part of the road and trapping a car below the overpass in mud.

The sinkhole, apparently caused by a collapsed drain, opened on the shoulder of the eastbound 10 near 6th Street.

Two lanes on that side of the 10 were closed as emergency crews respond.

But officials caution a full closure of the freeway is possible if the surface continues to fall away.

As the sinkhole opened, it apparently led to a mudflow beneath the freeway overpass.

The mud trapped a car and bent a power pole, but no serious injuries were reported.