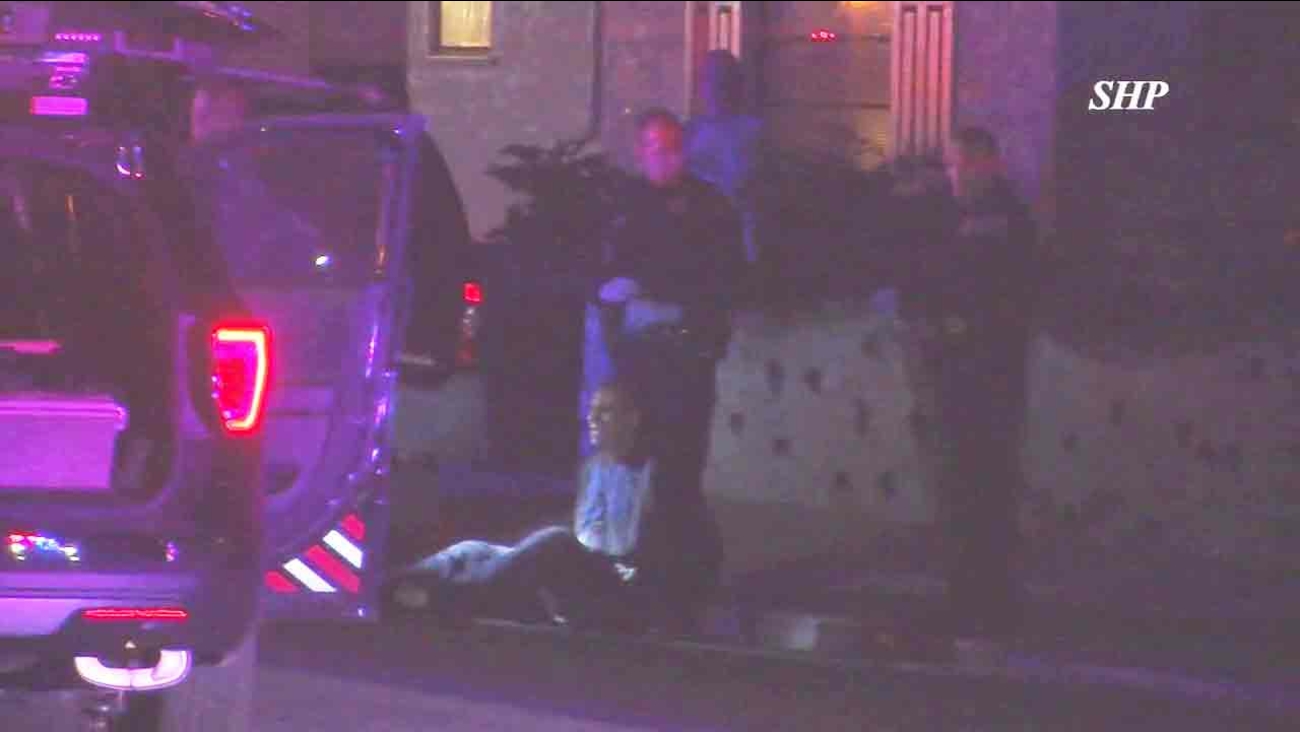 A man seeing being detained following an officer-involved shooting in San Pedro on Saturday, Dec. 10, 2016.

SAN PEDRO, Calif. (KABC) -- A chase suspect was wounded and taken into custody following an officer-involved shooting in San Pedro Saturday, according to Redondo Beach police.

The suspect led police in Redondo Beach on a chase that led to a crash and an officer-involved shooting near Western Avenue and Gaffey Street in San Pedro at about 5:30 p.m., authorities said.

The suspect was struck and taken to a hospital for treatment. The extent of his injuries were unclear, but police said the suspect was later taken into custody.

No other information was released.