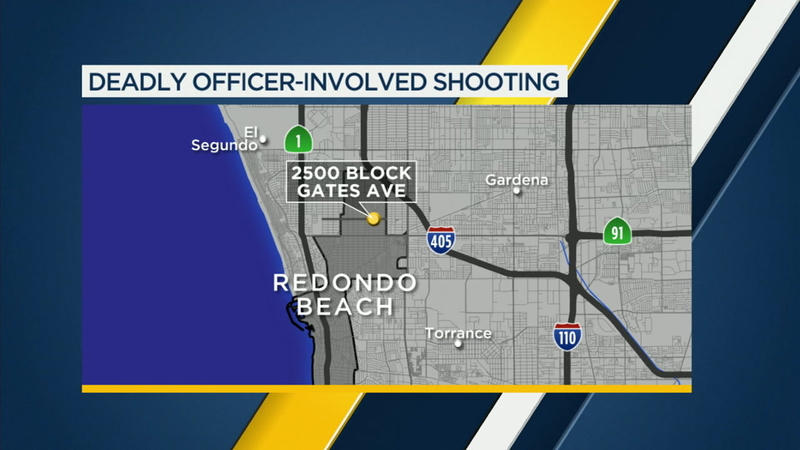 REDONDO BEACH, Calif. (KABC) -- A man is dead after he was shot and killed by police in Redondo Beach while holding an airsoft gun, authorities said.

The incident happened about 4 p.m. Thursday in the 2500 block of Gates Avenue.

Redondo Beach police officers received calls about a man with a gun chasing another man and possibly firing at him, according to Los Angeles County Sheriff's Department officials.

When officers arrived, an officer-involved shooting occurred. The suspect, a man believed to be between 20 and 30 years old, was struck by gunfire at least one time in the upper torso.

He was later pronounced dead at a hospital.

A firearm later determined to be an airsoft gun was recovered at the scene, sheriff's officials said.

No other injuries were reported, and officers were never able to find the reported victim the suspect was chasing, officials said.