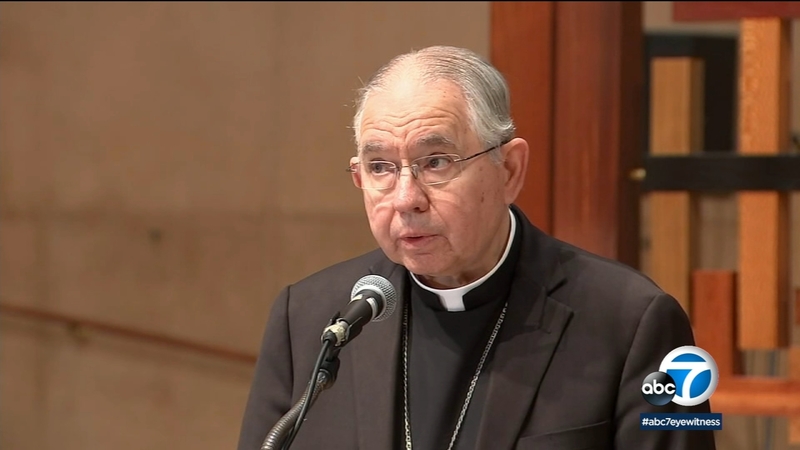 LOS ANGELES (KABC) -- U.S. Catholic bishops are likely to make history this week as they choose a new president of their national conference.

Los Angeles Archbishop Jose Gomez, an immigrant from Mexico, is expected to be elected as the first Hispanic president of the bishops' conference during a three-day meeting beginning in Baltimore Monday.

Gomez has been an outspoken advocate for immigrants. He is considered a practical-minded conservative, but he is a vocal advocate of a welcoming immigration policy that would include a path to citizenship for many immigrants in the United States illegally.

In August, after a gunman killed 22 people at a Walmart in Texas, Gomez wrote a blog post condemning white supremacy and noting that Spanish was spoken in North America before English was.

"Men and women do not become less than human, less a child of God, because they are 'undocumented,'" Gomez wrote.

The bishops will also consider proposed changes in the process of preparing seminarians to become priests to reduce the likelihood of sexual misconduct.