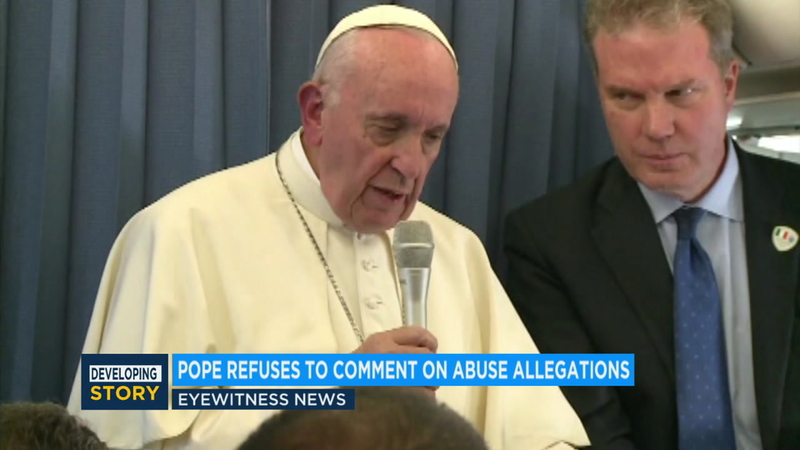 Discussion about the church abuse scandal dominated the pope's two-day visit to Ireland.

When pressed by reporters Pope Francis would not confirm or deny claims that he knew about sexual misconduct allegations against former Archbishop Theodore McCarrick in 2013 and did nothing about it.

McCarrick resigned from his position last month after a report brought a decades-old allegation to light, accusing him of sexually abusing a teenage altar boy.

But in a letter published Sunday, an archbishop wrote that Pope Francis knew "McCarrick was a serial predator" and "covered him to the bitter end."

Pope Francis told reporters that people should read the archbishop's letter carefully and make their own judgment. He said he will "not say a single word on this."

During his contentious trip to Ireland the pope did apologize for "crimes" of the Catholic Church, saying church officials regularly did not respond with compassion to the many abuses children and women suffered over the years.

The published letter also claims that Pope Benedict sanctioned McCarrick but that Pope Francis rehabilitated him.