'Reminiscence therapy' helping those with Alzheimer's and dementia 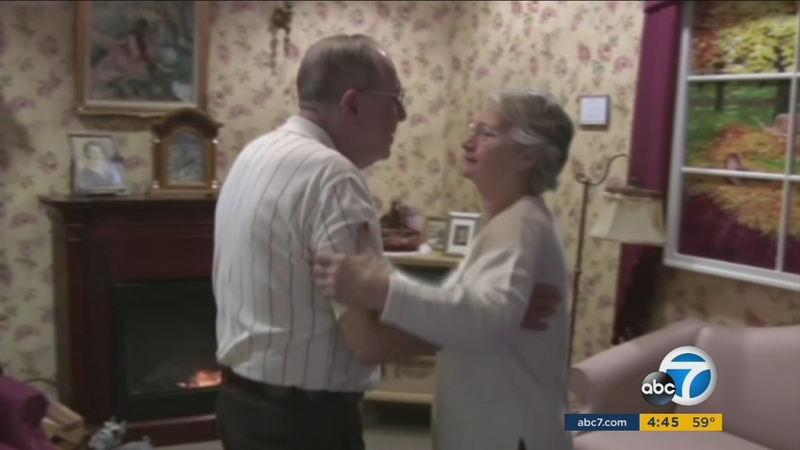 'Reminiscence therapy' helping those with Alzheimer's and dementia

LOS ANGELES (KABC) -- Scientists who study how memories are formed argue that some are etched deeper than others, but yet diseases such as Alzheimer's make recalling memories difficult.

Many dementia care facilities are finding new ways to revive these memories etched deep in the minds of the elderly.

It's a practice called "reminiscence therapy" and it's being implemented in the dementia wing of The Easton Home, an elder-care facility in Easton, Penn.

In a retro living room straight out of the 1940s, old-fashioned kitchen and furniture help residents remember days of the past.

Desi Assise, who has Alzheimer's disease, and Harry Lomping lose themselves in the music of another era.

Lomping visits his long-time companion every day and said the music and surroundings seem to awaken her.

"I think it revives something, some feelings. It seems to, anyhow," Lomping said.

"You have to remember the songs that they sing," Assise said.

Care facilities are increasingly using sight, sound and other sensory cues to stimulate memory in people with Alzheimer's disease and other forms of dementia.

"It just takes them back to a place that they're familiar with. And they can talk about their stories and share their experiences, so you're just walking into the past," Jennifer Wooley with The Easton Home said.

"It's not so much that they're old memories, it's that they're well-learned memories. Memories that are attached not just to a fact, but also to a smell, to images, to music," Karlawish said.

The reminiscence therapy appears to be working for Olga Deacon, who has dementia.

An old ironing board and antique washing machine helps Deacon talk about doing laundry with her mother 75 years ago.

Chris Boyce said she's learned so many new things about her grandmother.

"She seems like she's just kind of come out of her shell in a way that I haven't seen in a couple of years. So I think it's been a huge benefit," Boyce said.

"We take away the dementia part of it and we just focus on the person and having fun and enjoying life," Wooley said.