The Los Angeles County Board of Supervisors announced it will apply Wednesday for a state variance for the whole county after certain state criteria have been met.
KABC
By Rachel Brown 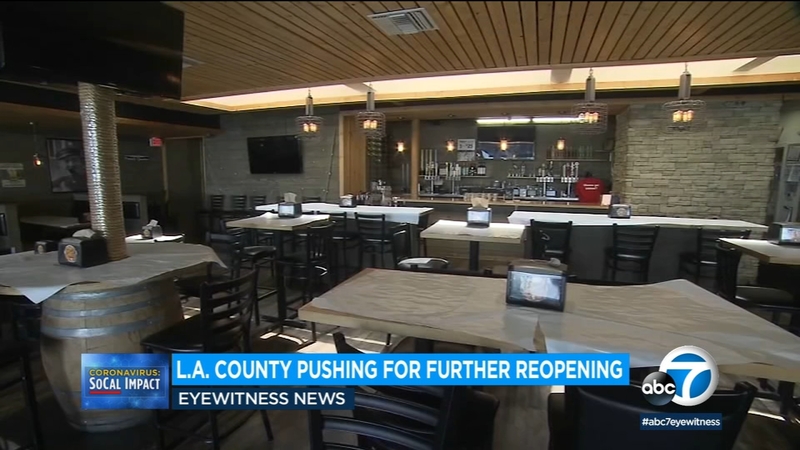 LOS ANGELES (KABC) -- The Los Angeles County Board of Supervisors voted Tuesday to seek state approval to authorize the reopening of more businesses - such as dine-in restaurants and hair salons - though the county's health officer may add additional restrictions on such operations.

As of Tuesday, Los Angeles was one of just 11 of California's 58 counties not to have received a "regional variance'' from the state. The variances allow counties that meet certain coronavirus health criteria to move deeper into California's four-stage "roadmap'' that guides the reopening of different business sectors.

Hair salons and barbershops are now able to reopen their doors in most of the state's 58 counties, not including Los Angeles, Gov. Gavin Newsom announced Tuesday.

The county - and most of the state - is in Stage 2 of that roadmap, although the state is slowly moving into Stage 3, with Gov. Gavin Newsom on Tuesday authorizing the reopening of barbershops and hair salons and earlier clearing the way for churches and other houses of worship to restart in-person services.

After hearing from the public Tuesday morning and going into a closed-door session to talk to county counsel and discuss the matter further, the Board of Supervisors announced it will apply Wednesday for a state variance.

Supervisors Kathryn Barger and Janice Hahn had co-authored a motion recommending that a variance for the whole county be sought immediately after certain state criteria have been met. However, the motion seemed to indicate that the move would take some time, as it also proposed asking the county's health officer to work with state officials to obtain variances that would allow select cities to relax health regulations earlier than the county as a whole.

During the board's closed-session meeting, however, the motion was amended, and the board voted to apply for the variance right away.

"Los Angeles County has dedicated critical resources to meet the benchmark criteria to support our efforts to reopen, including ensuring adequate hospital capacity, increasing access and availability of testing and contact tracing, and implementing protections for vulnerable populations,'' Barger said in a statement following the meeting.

Los Angeles opened a coronavirus testing site there, which officials say can test as many as 6,000 people per day.

Los Angeles Mayor Eric Garcetti says that number is three times more than any other testing site in the county.

Meanwhile, Barger said in-person shopping at retail establishments - as opposed to only curbside pickup - and in-person services at churches and other houses of worship will resume immediately in the county, with required physical distancing and other health mandates. But the county will await state approval of the variance before allowing in-restaurant dining and personal care businesses like salons and barbershops to reopen.

It is recommended that consumers contact a business beforehand as many malls and stores that Eyewitness News contacted said they are still making public health upgrades and are not yet ready to reopen.

Under the revised county health order, flea markets, swap meets and drive-in movie theaters may also resume operations. Community pools in apartment complexes or shared as part of a homeowners association are also free to reopen.

Public protests will be permitted with a maximum of 100 attendees in an area large enough to accommodate four times the number of people present.

Garcetti quickly followed suit Tuesday evening, announcing the resumption of in-store retail shopping in the city, effective Wednesday. But he said business owners should not feel obligated to reopen right away if they are uncomfortable doing so.

"I'm committed to getting these businesses up and running safely, and just because you can open doesn't mean you have to open,'' the mayor said.

The county board's vote came after officials representing municipalities from the South Bay to the Ventura County border urged supervisors to allow retail businesses in certain cities to reopen faster, arguing that they face a lower risk than the county as a whole.

Los Angeles County has been held back from seeking a variance thanks to its position as a coronavirus hot spot, being home to roughly half of all the state's cases and deaths from COVID-19.

Barger supported the idea of letting individual cities open more quickly, and tried to persuade her colleagues to allow cities to tailor reopenings to specific circumstances in each jurisdiction.

"This virus has impacted each of our communities differently,'' Barger said. "Many of the communities have matched the state's Department of Public Health thresholds.''

Supervisor Sheila Kuehl disagreed, saying it would "fracture'' the county and create racial inequities, since cities with large minority populations likely wouldn't be able to open as fast as others.

"(It) creates an ungovernable patchwork quilt,'' she said.

Gov. Gavin Newsom said earlier Tuesday that the state was open to the idea of allowing some parts of Los Angeles County to reopen faster than others. He noted "geographic disparities and the spread of the virus being disparate among different regions within'' Los Angeles County.

He also told reporters, "We look forward to working with (L.A. County officials) more substantively and specifically about areas that they would recommend."

Although the board's vote to seek a countywide variance seemed to render the city-by-city discussion temporarily moot, it could still return as an issue. There is no guarantee the state will grant the variance, or how quickly that decision will be made. It also remained unclear if the county intends to apply the reopening rules uniformly across all 88 cities and the unincorporated areas.

Many residents, business owners and officials spoke out on behalf of Westlake Village, which borders Ventura County. Ventura County was granted a variance May 20 allowing retail businesses to reopen.

El Segundo Mayor Drew Boyles also asked that his city be allowed to open under accelerated state guidelines - eliminating curbside-only restrictions for retailers - even as the county as whole is under Stage 2.

"We should be allowed to forge ahead,'' Boyles told the board on the teleconference, promising that shoppers could be kept safe.

El Segundo had 32 total positive coronavirus cases, only two of which are active, according to Boyles. The city's population totals roughly 16,610, according to the latest Census Bureau estimates.

Torrance Mayor Patrick Furey also asked for the freedom to move faster than Los Angeles and other cities countywide, saying local officials are better positioned than Sacramento to make the best decisions for local residents. 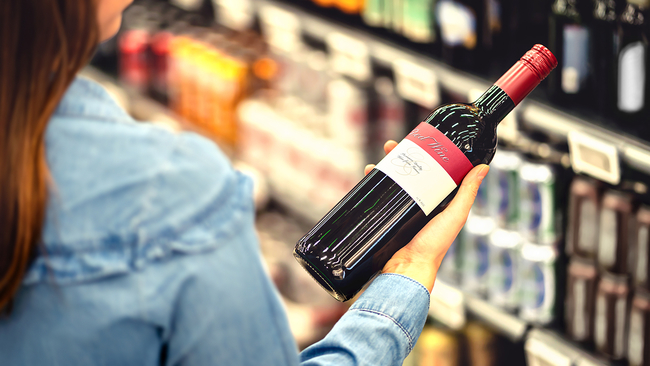 Can you drink alcohol after receiving the COVID vaccine? 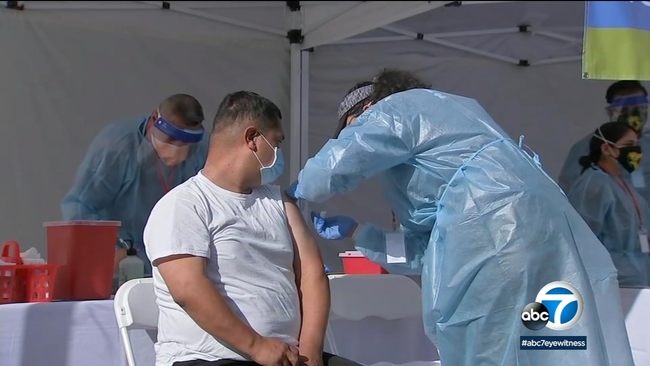