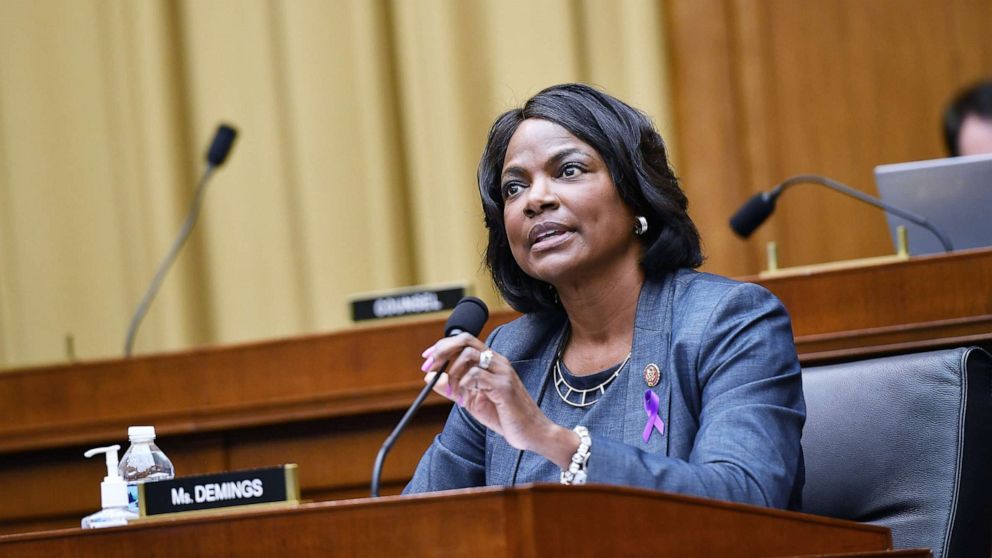 After months of speculation, Florida Rep. Val Demings announced Wednesday morning that she is officially running against Republican incumbent Sen. Marco Rubio for his Senate seat.

"Unlike some in Washington, I never tire of standing up for what I believe is right, because no one is above the law," she said in a launch video on Twitter. "But it turns out, there are some in Washington who prefer the same old tired ways of doing business. Too tired to fight big efforts to suppress the people's vote, they fall back to tired talking points and backward solutions."

"I'm running for the United States Senate, because of the two simple words, 'never tired.' Over the next few weeks, I hope to share more of my story with more of you. It's a simple question: Can my unlikely story of opportunity expand to more Americans and more Floridians?" she said.

Demings, 64, who is Black, was one of about a dozen women President Joe Biden considered as his pick for vice president. She also served as one of seven House managers at former President Donald Trump's first impeachment trial. Since Vice President Kamala Harris' departure from the Senate, the upper chamber has no Black women serving as senators.

Now in her third term representing Florida's 10th Congressional District, Demings has been on the fence for months considering a run for the U.S. Senate or Florida governor.

One source told ABC News in May that her decision to jump into the Senate race came down to her increasing frustration with Senate Republicans and what she sees as their "obstruction" of critical legislation.

Rubio, who pursued an unsuccessful bid for the White House in 2016, began attacking Demings earlier this week and came out with a statement Wednesday morning slamming Demings' voting record while touting his record of bipartisanship.

"Marco has consistently delivered for Florida families. He created the small business rescue plan that saved millions of Florida Jobs, took on his own party to double the Child Tax Credit, and fought to ensure Florida veterans receive the care they earned," Rubio's campaign manager Mark Morgan said in a statement reacting to Demings' announcement. "Florida deserves a Senator with a proven track record of fighting, and winning, for Florida families."

Rubio is running for a third term in Florida, a state that has consistently been on Democrats' wish list.

Demings is the first Democrat with national name recognition to jump into the race against Rubio. Rep. Stephanie Murphy was also rumored to be considering a bid, but she has said she is no longer considering running.