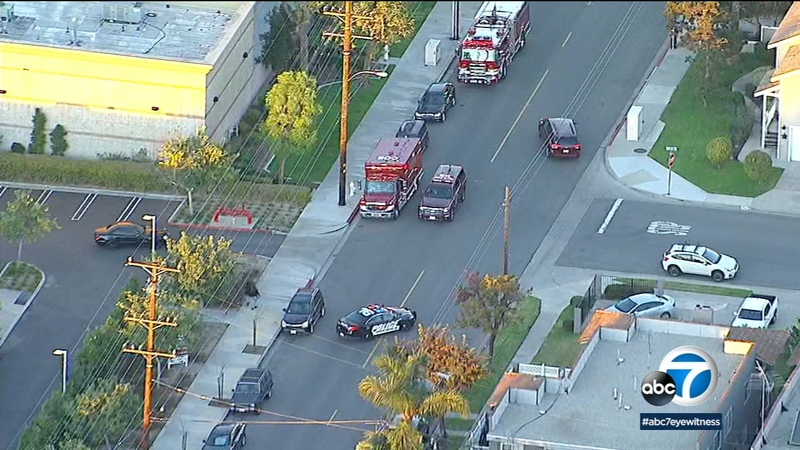 COSTA MESA, Calif. (KABC) -- An armed suspect was hospitalized after a shootout with police in a Costa Mesa neighborhood Tuesday afternoon.

Officers swarmed the area of Orange Avenue and Palmer Street around 4 p.m. When they arrived, 26-year-old Steven Fernandez, fled on foot while firing several shots at responding officers with a handgun, according to the Costa Mesa Police Department.

The officer then returned fire as Fernandez continued to run away and shoot, but neither of them were struck with gunfire during the exchange.

Police say Fernandez barricaded himself inside a garage on the 200 block of Knox Place, "where he shot at a resident," authorities said. Officials said the suspect may have been suicidal.

During negotiations to coax him out of the garage, the suspect displayed a weapon and an officer-involved shooting occurred. Fernandez was struck by gunfire and was transported to a hospital, though he is expected to survive, police said.

Video showed officers, many with tactical gear and assault rifles, running in the area.

Despite previous reports, authorities said no evacuations were ordered. Instead, parts of the residential area were ordered to shelter in place.