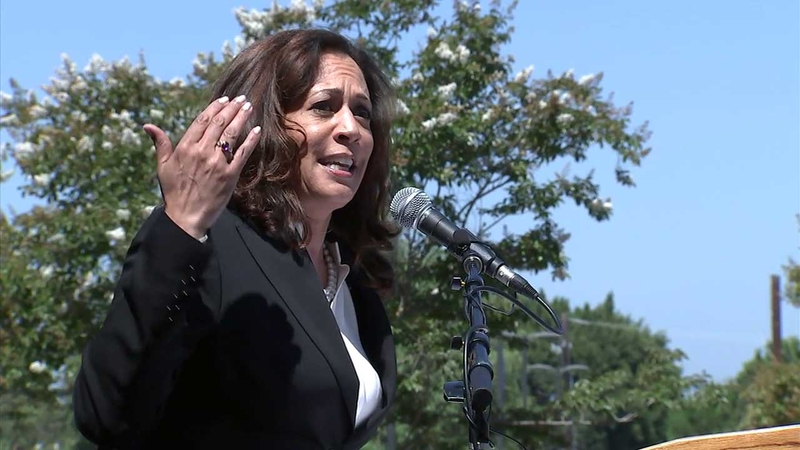 TORRANCE, Calif. (KABC) -- While Congress is in recess, the debate over health care is only heating up.

"What I say is don't take our stuff. Leave my stuff alone," Sen. Kamala Harris said at a rally at Harbor-UCLA Medical Center in Torrance Monday.

The senator spoke to hundreds of activists concerned about losing health coverage if the Republican health care bill is passed.

"It's not like we left our health care on the bus or at the club or in an Uber. This is not about losing something. They're trying to take our health care," Harris said.

We need to stop saying folks are going to lose their health care if the GOP repeal bill passes. We’re not losing it: they’re taking it away.

The Congressional Budget Office said if the Republican plan is passed, more than 20 million Americans could lose health insurance.

So far, 50 Republicans haven't yet signed on to the plan. If they don't, Republican leadership is now threatening to work with Democrats on health care.

When asked about working with Republicans on health care, Harris wasn't opposed to the idea but made it clear that she believed Obamacare should not be repealed.

"I'm always willing to work with anybody, but listen, they cannot repeal the Affordable Care Act," she said.

At the Torrance rally, Harris didn't want to weigh in on that fight.

"As a concept, I'm completely in support of single-payer, but we've got to work out the details, and the details matter on that," she said.

Harris said right now, she's focused on the U.S. Senate bill. She is encouraging Californians to reach out to friends in states where the senators are undecided on this issue.