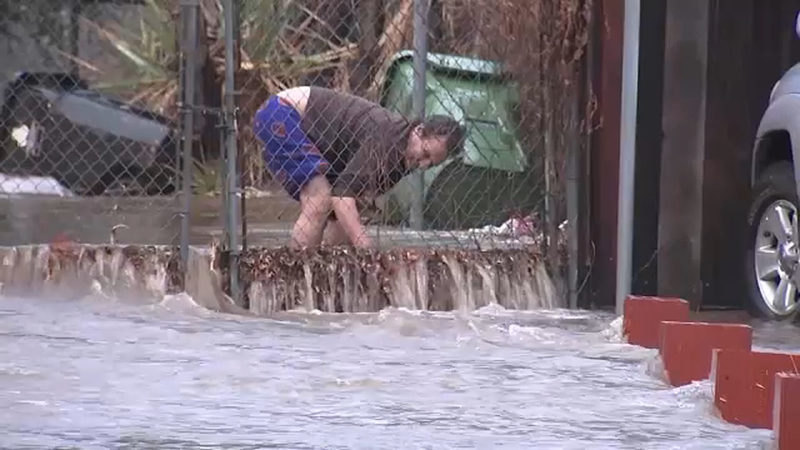 ARLETA, LOS ANGELES (KABC) -- Gallons of water continued to rush onto a residential street and the yard of at least one home in Arleta hours after a large water main erupted early Wednesday morning.

The 72 inch trunk line, which is a water main feeder line, broke around 4 a.m. on the 14800 block of W. Devonshire Street, according to the Los Angeles Department of Water and Power. The line, made of riveted steel pipe, dates back to 1914 and was slated to be repaired in the next few years, officials said.

Water was seen flooding along Woodman Avenue, trapping several cars in inches of water. Impacted residents were seen placing sandbags around their property to prevent water from seeping in their homes.

"The water is coming in and right now we're worries about the water inside but tomorrow, we're going to have to worry about inside the walls, that got into the drywall, the moisture," Luis Rodriguez said.

It's unclear how many customers were affected by the break but crews were working to turn the water off. However, because of its size and its function as a feeder line, LADWP officials said the shut down had to be done gradually to avoid causing additional problems.