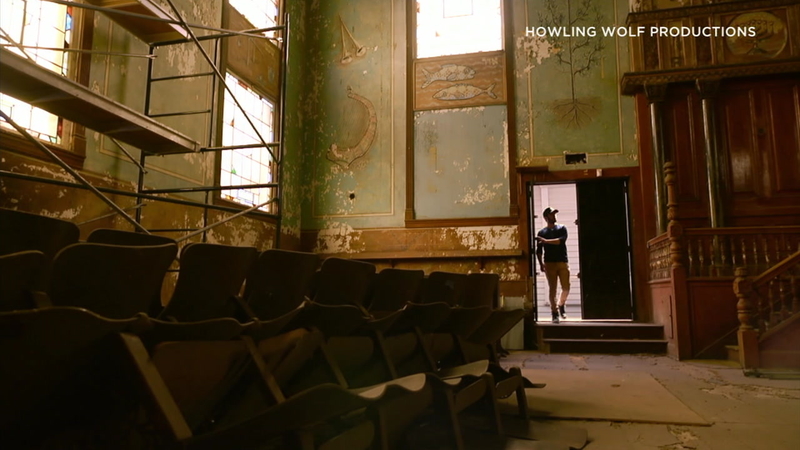 'Restoring Tomorrow' focuses on temple with deep roots in Hollywood

LOS ANGELES (KABC) -- There is a new documentary called "Restoring Tomorrow" that takes its director all the way back to his childhood. It is about a temple with deep roots in Hollywood history.

When we see director Aaron Wolf walk into the building, he simply says, "Oh my God, there's bullet holes."

That sets the scene for "Restoring Tomorrow," as he traces the history of Los Angeles' Wilshire Boulevard Temple.

The movie also becomes a personal journey because Wolf attended services there as a child, and his grandfather was a rabbi there.

As the movie plays out, you see how times have changed over the decades with this once majestic structure becoming a dilapidated shell of itself, while still doing its best to serve the community.

"I've compared it to 'Forrest Gump' in that the temple takes us through all these eras. Just like 'Forest Gump' in the film takes us through all these eras in U.S. history. In the film, besides my journey, which you learn about, you see all the different eras in U.S. history and how this temple was like a fly on the wall for all the different eras," Wolf said about his film.

Wolf notes that the 10-story structure at Wilshire and Hobart has a rich Hollywood history.

"It was actually built as a set. The wall on the inside is not the wall on the outside," he said, adding, "Warner Bros., Louis B. Mayer, Samuel Goldwyn -- they built this as a set. So if there's one thing Los Angelenos should know about it, is you're driving by the biggest still standing set in Hollywood history."

To get it back to its glory, Hollywood helped in the raising of $150 million to restore the building and help make an impact once again in the community.
Report a correction or typo
Related topics:
arts & entertainmenthollywoodlos angeleslos angeles countymoviehistoryhollywood wrap
Copyright © 2021 KABC-TV. All Rights Reserved.
More Videos
From CNN Newsource affiliates
TOP STORIES