Active flames were visible amid relatively calm winds Monday morning on a ridgeline above Carpinteria, one of several communities threatened by the wildfire, which was 20 percent contained.

The 231,700-acre blaze is the fifth-largest in California's history. The 2003 Cedar Fire, the state's biggest brush fire on record, burned 273,246 acres in San Diego County, according to Cal Fire.

In the Montecito area, several multimillion-dollar homes were among the 18,000 structures threatened by the Thomas Fire.

Schools in parts of Santa Barbara County were closed as the fire raged on in the foothills. Parts of the fire were burning in inaccessible spots, which meant only air tankers and helicopters could do the work.

Capt. Steve Concialdi said about 1.7 million gallons of water has been dropped by aircraft since the Thomas Fire started last week.

A 70-year-old Santa Paula woman was killed in a car crash on an evacuation route in Wheeler Canyon on Wednesday, the Ventura County coroner said. No other fire-related fatalaities or major injuries have been reported.

Firefighters from 856 engine companies were involved in the firefight, whose cost has reached $38.37 million, according to Cal Fire. Twenty-seven water-dropping helicopters and 48 water tenders were also in the burn area Monday morning.

Many residents in Santa Barbara County were preparing to evacuate as the raging Thomas Fire moved ever closer to their neighborhoods. 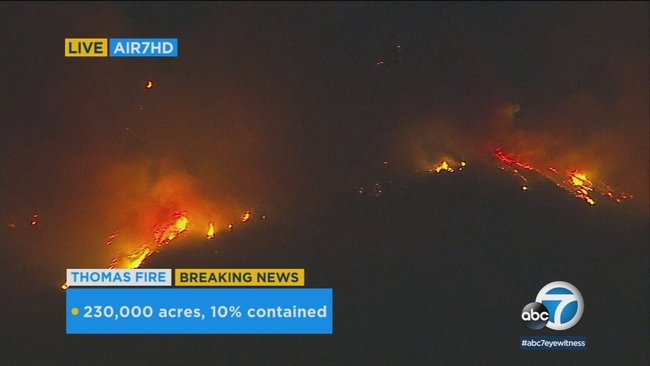 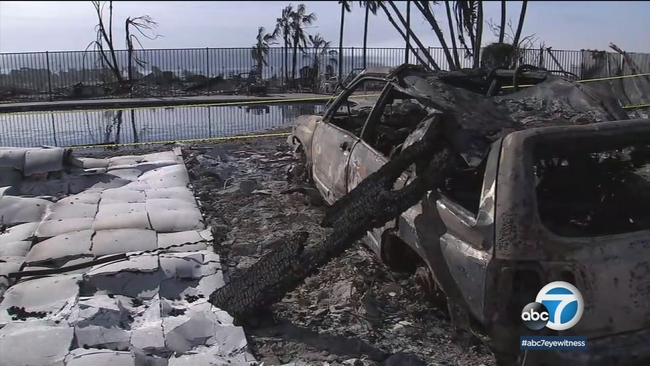 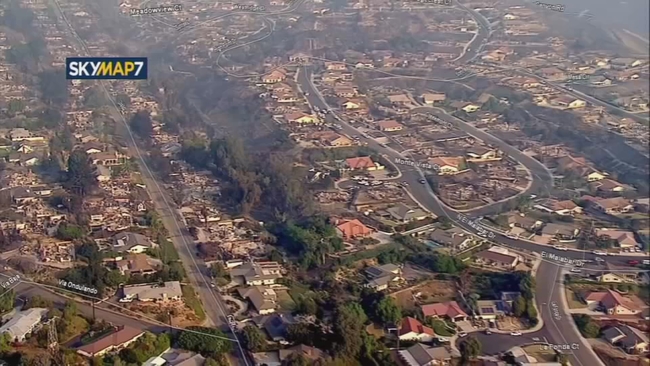 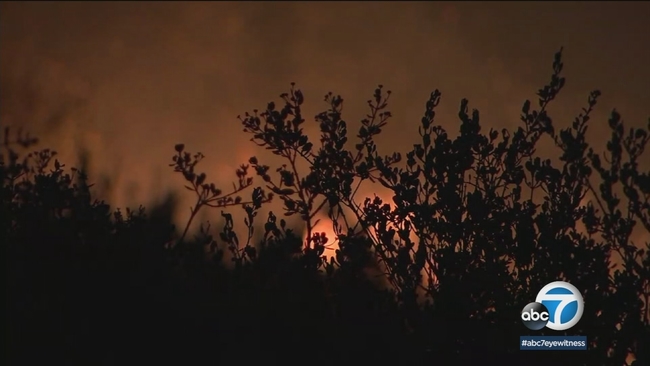