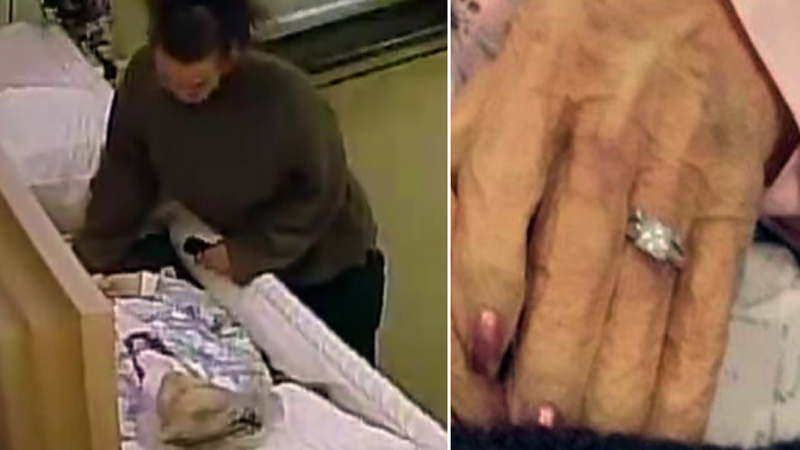 ODESSA, Texas (KABC) -- Disturbing video caught a woman stealing a wedding ring from a corpse in a coffin.

Surveillance video at the funeral home showed the shameless suspect approaching the casket that contained the body of 88-year-old Lois Hicks.

In the video, the woman leans over the casket and appears to hold Hicks' hand, but police said she was actually stealing her wedding ring.

The suspect fled the scene in a red or maroon 4-door Saturn, according to officials.

Detectives said the ring was made of plastic and only worth about $10, but no matter the cost of the ring, officials said stealing from a corpse is a felony.